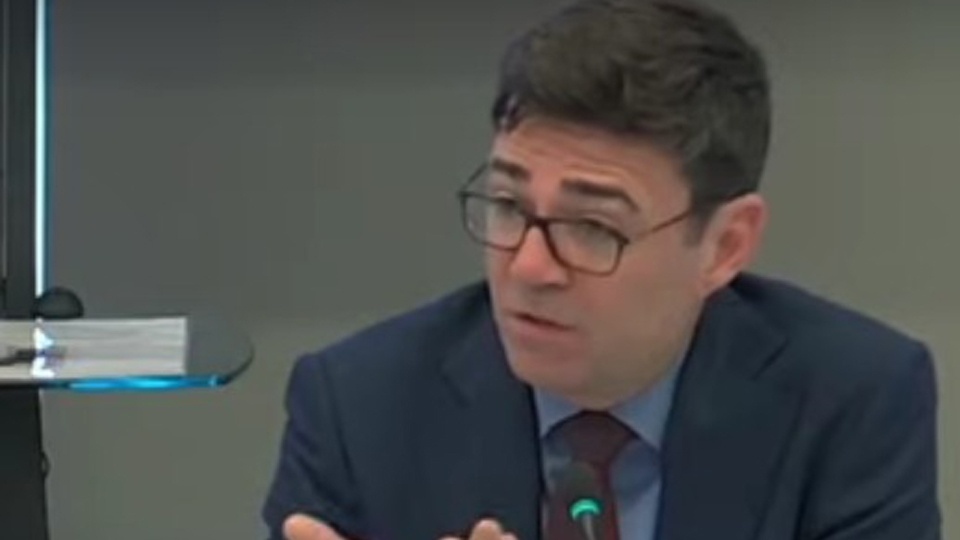 Mayor Andy Burnham has said he would consider ‘legal action’ if a Tier 3 lockdown was ‘imposed’ on Greater Manchester without a promise to pay more than two thirds of furloughed workers’ salaries.

Speaking at a press conference alongside Liverpool City Region Metro Mayor Steve Rotheram, Mr Burnham said that currently he and other leaders in the region ‘would not accept’ being put in stricter measures by the government.

Any move to upgrade Greater Manchester from Tier 2 into the highest level, which would see hospitality and leisure businesses forced to close, would have to be done by ‘imposition not by consent’, he stated.

The Chancellor Rishi Sunak has announced a scheme that will pay two thirds of the salaries of staff who are unable to work under a Tier 3 lockdown.

However, both the Manchester and Liverpool Metro Mayors stated that they were considering challenging this, possibly through a joint class action.

Mr Burnham said that he was concerned about the impact on self employed people working in areas like the taxi trade and the security industry who would see their income ‘collapse’ if hospitality businesses closed.

There was a live issue around ‘legal action’ to protect residents which was not an ‘idle threat’, he told reporters.

“We won’t accept people having their jobs taken off them, their businesses taken off them without proper compensation and what I mean by that is 80pc furlough across the board,” Mr Burnham added.

“We would consider other routes – legal routes – where we could protect our many thousands of residents who are going to be left in severe hardship in the run up to Christmas.

“We would not just leave them in the lurch, we would try and support them and that would include any legal action we could take on their behalf.

“We might even consider some joint action in that space because we won’t let people just be sent to the wall.”

Mr Rotheram told the conference that a legal challenge could be launched on the basis that a reduced furlough scheme for northern areas was ‘discriminatory’.

“I think what we might well be talking about collectively is getting together and challenging this presumption that people can live on two thirds of their wages,” he said.

“For me it appears to be discriminatory that the government seems to be saying, we gave people 80pc in March, but because it’s happening to somewhere in the Liverpool City Region you’re only going to be able to get two thirds of your wage.

“We’re going to be having further discussions about whether we come together to see if there is a case to take forward.”

He added that in the Liverpool City Region, they would be using their own funds to create an extra furlough scheme to support workers in the meantime.

However, Mr Burnham stated that if the government did decide this week to move Greater Manchester into Tier 3 without an agreement in place, they would not ask residents to ‘defy’ the measures.

“If the government insists that that is it and there’s no further discussion they would probably have to impose it,” he said.

“I’m not saying that we would in any way ask people to defy it, obviously we respect the law of the land but it would be clear that it would have been done in that way, without our consent.”