Burnham's plea letter to the Prime Minister and Party Leaders 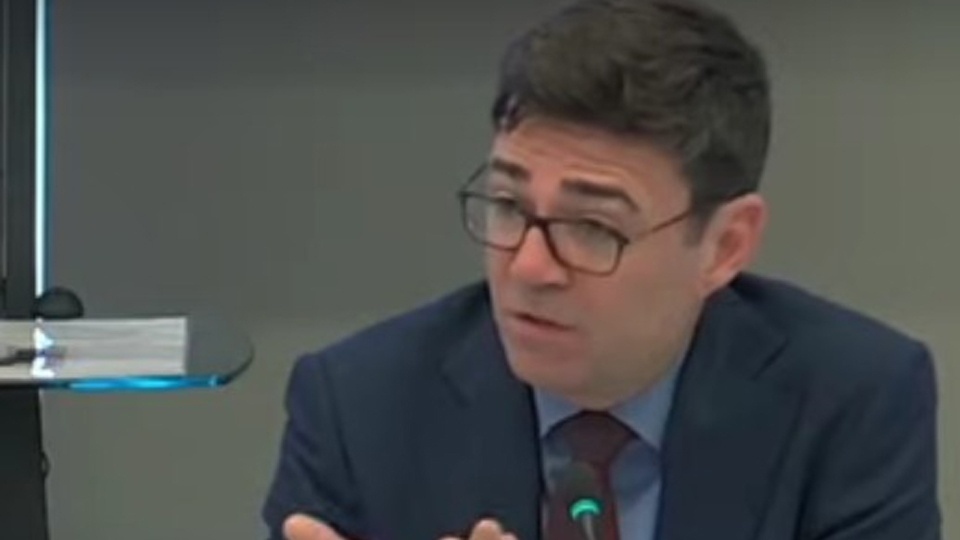 High-level talks will continue today over the imposition of tougher restriction rules across Greater Manchester.

It has been widely reported this morning that chancellor Rishi Sunak may offer tens of millions of pounds in extra funding for the area to try to persuade local leaders to accept stronger controls.

However, ministers have warned they will impose them if necessary.

In a letter sent yesterday (Sunday) regarding support for people and businesses affected by potential Tier 3 restrictions, Mayor of Greater Manchester Andy Burnham has urged the Government to do its utmost to 'resolve this current dispute'.

The letter sent to sent to the Prime Minister and other party leaders at Westminster read: "You will be aware that Greater Manchester and the Government have so far failed to reach agreement on the introduction of new Tier 3 restrictions and crucially on the financial support to accompany any such restrictions.

"We recognise the uncertainty that this is causing and write to ask for your help in breaking the impasse and finding a fair resolution.

"This could be done by Parliament calling an urgent debate and vote this week to establish a cross-Party consensus on what constitutes a fair financial framework for people in areas under Tier 3 restrictions.

"As you will know, Greater Manchester has been under Tier 2-style restrictions for approaching three months.

"It is important to say that, by agreeing to work with the Government on this back in July, we have shown we will take the difficult decisions needed to protect health and control the virus.

"However, these restrictions have taken a toll on people and businesses.

"We have our doubts about whether Tier 3 will succeed in bringing down the number of cases and note similar comments from the Chief Medical Officer and Chief Scientific Advisor.

"However, that aside, we are clear that the level of support being offered to areas entering Tier 3 will be insufficient both to prevent people experiencing serious hardship in the run-up to Christmas and businesses from collapsing.

"And yet this is not just a Greater Manchester issue.

"With the challenging winter that lies ahead of the country, it is likely that most places will find themselves in Tier 3 at some point before a vaccine is found.

"That is why we believe it is right for Parliament to debate and agree what is a fair level of support for people and businesses in those areas.

"At present, local areas are agreeing individual deals with the Government.

"It is by no means clear that these will be sufficient to cope with the pressures they will face.

"Also, the lack of transparency about this process and the risks of differential treatment is potentially divisive.

"Establishing clear national entitlements of the kind we had during the first lockdown will create a sense of fairness which in turn would help build public support for, and compliance with, any new restrictions.

"We believe that sense of fairness will only be achieved by providing similar terms to the financial package afforded to the whole country back in March.

"Given that it is predominantly low-wage industries that are being required to close in Tier 3, failure to provide equivalent support will appear discriminatory against people who are employed or self-employed within them or within industries that rely on them, such as the taxi trade and security.

"Together with the Mayors of the Liverpool City Region and North of Tyne, we set out on Friday what we believe is the minimum level of support that should come with Tier 3 status:

"A full and fair furlough scheme for all affected workers, covering 80% of an employee's regular wage or at least the national minimum wage.

"We believe that this should be paid to workers in businesses forced to close but also those in the supply chain that can provide evidence of a major loss of trade caused by the closures.

"This should be available to those who can provide evidence of a major loss of trade arising from Tier 3 closures, including freelancers.

"An improved compensation scheme for businesses directly or indirectly impacted based on the national scheme on rateable values.

"If more parts of the country are to move into Tier 3 restrictions in the coming weeks, it is vital that local people and businesses know what financial support they can expect and can plan accordingly.

"As Leaders of the main political parties in Westminster, I urge you to work together to help resolve this current dispute and establish a fair financial framework for local lockdowns that the whole country will be able to support."