£9.1m transformation of ‘most dangerous’ junction in city-region moves closer 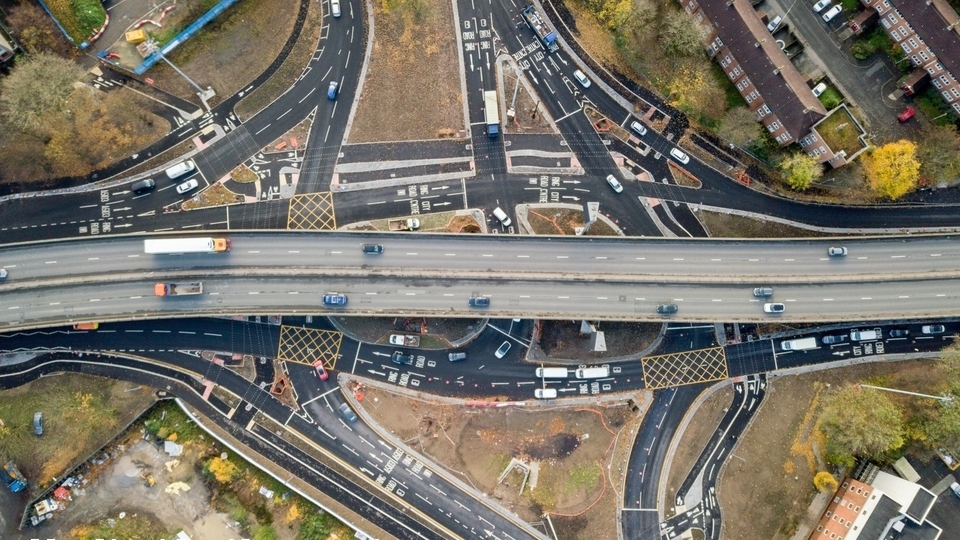 The £9.1m transformation of a major Manchester city centre junction – described as one of the ‘most dangerous’ in the region – is moving closer to completion.

Two new link roads have been built in place of the former Princess Road/Medlock roundabout underneath the Mancunian Way to improve traffic flow.

This, along with a widened slip road, will allow cars to move more effectively towards the city centre and the elevated motorway from Princess Road leading up from Hulme.

A safer environment has also been created for cyclists and pedestrians with new, improved crossings and segregated walkways and cycle paths replacing the ‘outdated’ underpasses.

Manchester council has promised to plant 160 new trees and more than 14,000 plants, as well as around 4,300 sq m of new turfing and wildflower seeding.

Landscaping work, which is due to be carried out in the coming weeks, will form the final part of the scheme which was tweaked after residents urged the council to protect and enhance the local green space.

Councillor Angeliki Stogia, executive member for environment, planning and transport at Manchester council, said: “This important scheme will improve traffic flow at this busy city centre junction and, by removing the outdated underpasses, it ensures that people who are walking or cycling have much simpler, safer crossing points to continue their journeys more easily.

“We listened to residents who told us that it was vital to preserve and enhance the local environment while delivering the wider benefits this work will provide.

“While this scheme is now completed, there is much more to be done to upgrade the city’s transport infrastructure for the long-term future and to pursue our commitment to encourage more people to choose active travel options for their journeys across the city.”

According to the council four full-time jobs and seven apprenticeships were created for local people, with more than 85 per cent of the scheme’s labour  and supply sources from within Greater Manchester.

The scheme was partly funded by the Department for Transport’s National Productivity Investment Fund (NPIF) and the Greater Manchester Mayor’s Cycling and Walking Challenge Fund.

When the final piece of funding was approved by the combined authority in July, Manchester council leader Sir Richard Leese said: “That junction was absolutely unpleasant for pedestrians, with a very nasty series of underpasses as an alternative to crossing the roads for cyclists.

“It’s probably one of the most dangerous junctions anywhere in Greater Manchester.”