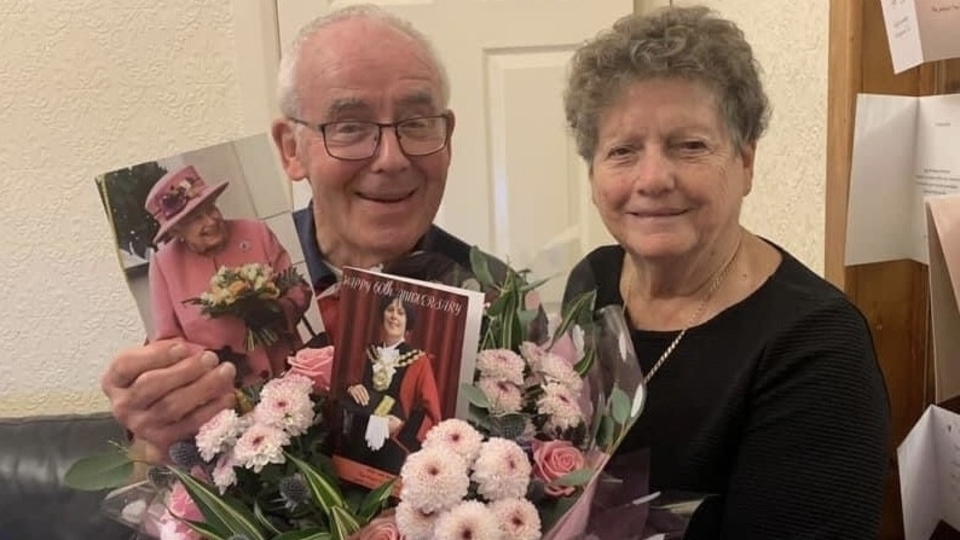 Fred and Anita Halliwell received an extra special surprise on their 60th wedding anniversary from the Mayor of Oldham, Cllr Ginny Alexander.

COVID restrictions prevented the mayor visiting the couple personally yesterday, but she sent flowers and a card.

They married on November 26, 1960, and went on to have their only child, Janet, who married David and had four daughters - Lauren, Rebbekka, Jordanne and Logan.

Fred and Anita, from Oldham, took on full guardianship of all four granddaughters from then on.

Fred and Anita are avid amateur rugby league supporters and run Hollinwood Amateur Rugby Club in Chadderton, with Anita also being a board member on both the Oldham League and also the BARLA committees.

Said the mayor: “Despite being retired they both in essence still work as hard as they ever did when they both had full time jobs, if not harder.

"Between running a rugby club, having rugby meetings, running a family and still doing the school run for their great grandchildren, neither of them know the true meaning of what it's like to be fully retired.

“This may be the secret to their youthful looks and long marriage - the fact they're like passing ships and don't see each other very often," Cllr Alexander quipped.