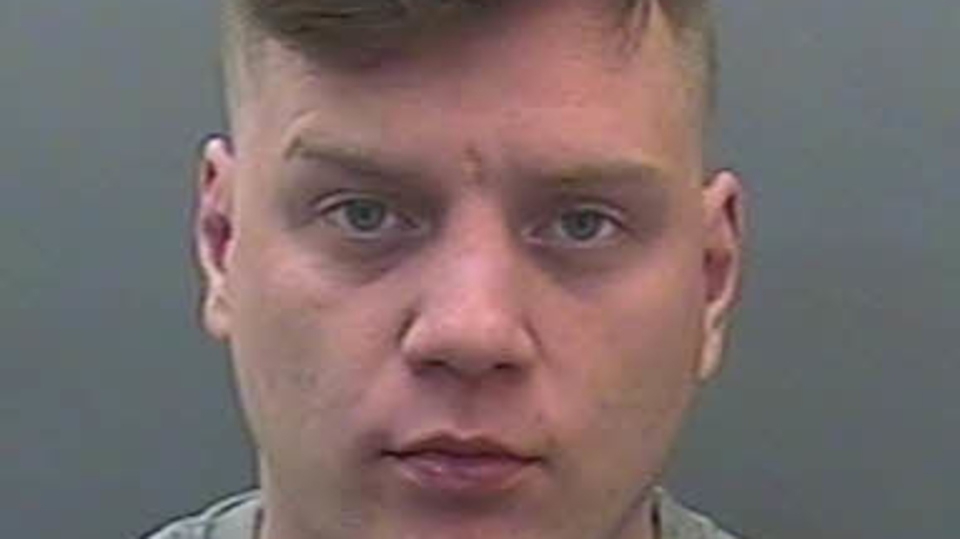 A tourist from Oldham has been jailed for an unprovoked attack on a man who was having a meal out with his girlfriend at a pub in Devon.

Benjamin Kelly bumped into the victim, who was a complete stranger, during an altercation with a barmaid, and then returned and punched him so hard that he broke his jaw.

He was seen on CCTV as he dragged him to the floor of the Farmhouse Pub in Exmouth, before picking up a chair and using it to threaten bar staff when they intervened.

Kelly had moved to Chadderton from Devon to try to get away from a long record of violence, but carried out the attack during a return visit to Exmouth, where he was banned from every licensed premises because of a previous attack on a barman at the same pub.

The victim of his latest attack suffered injuries to his teeth and jaw and was left feeling nervous about going out.

Kelly, aged 29, of Granby Street in Chadderton, admitted wounding and was jailed for 16 months by Recorder Mr David Chidgey at Exeter Crown Court.

He told him: ”This was an appalling act of violence in a public place.

"The victim was minding his own business and was utterly blameless.

"People have to be able to go out for a drink without being attacked out of nowhere.

“It was unprovoked and the victim had done nothing to justify you hitting him with what he described as a sucker punch.

"He was in a vulnerable position, sat down, and he didn’t see it coming.”

Miss Bathsheba Cassel, prosecuting, said Kelly was excluded by court order from every pub in Exmouth at the time of this attack on the evening of Wednesday, January 15 last year.

He was sat with two friends but became agitated when he realised that a barmaid had recognised him and brushed against the victim at a nearby table as he got up to talk to bar staff.

He then vented his anger on the diner, who was a compete stranger, and landed two heavy punches before grabbing him in a necklock and dragging him off his chair.

He then picked up a chair to hold off staff who intervened.

Mr Warren Robinson, defending, said Kelly has made great progress in his life in the year since the offence.

He has moved back with his mother and sought treatment for his adult ADHD for the first time.

He has stopped drinking since the attack and has received a positive report from probation.