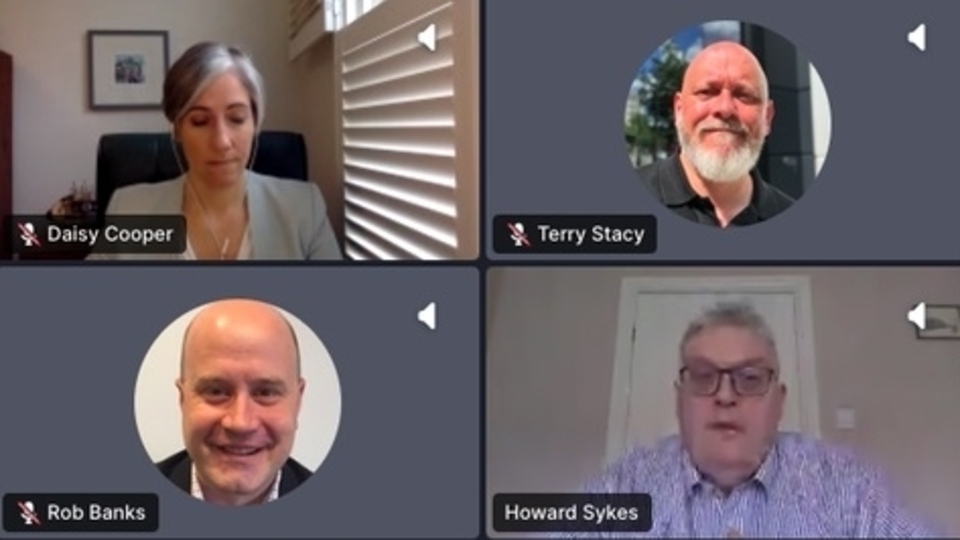 Liberal Democrats endorsed Howard Sykes’s plea for more government and council support for the hard-pressed pub and hospitality trade at a special online fringe meeting hosted by the Shaw Councillor at the party’s spring conference.

Attendees from councils across the UK were able to listen to speakers who included campaigner Ellie Hudspeth from Britain’s biggest consumer organisation, the Campaign for Real Ale (CAMRA); Daisy Cooper, Liberal Democrat MP, spokesperson for Justice, and for Digital Culture Media and Sports; and councillor Chris White, Leader of St Alban’s Council, the town which is the location of CAMRA’s Head Office.

Councillor Sykes said: “I was delighted to be able to chair this important event for Liberal Democrat councillors and activists concerned by the threat posed to pubs and restaurants by lockdown.

"Like tea and cricket, pubs and a proper pint are seen worldwide as uniquely British.

"Pubs and clubs are a force for social good in our communities, bringing people together from all walks of life for fun and friendship.

“Yet for much of the last year they have been closed and unable to trade and the Prime Minister’s roadmap will not permit them to fully reopen without restrictions until June.

"Despite some positive news in the recent budget, many continue to face financial ruin.

"Liberal Democrat councillors are determined to help save/protect the locals in wards and councils they represent.”

Recent data revealed by CAMRA in its March magazine What’s Brewing indicated that around 6,000 licensed premises closed permanently in 2020, and that thousands more remain under financial threat until normal trading can fully resume.

Councillor Sykes added: “This event enabled councillors and activists to exchange some excellent ideas for positive action that can help to save more of our hospitality industry until the time when we all finally be able to go into our local to buy a pint of real ale and toast our dear old British pub.”