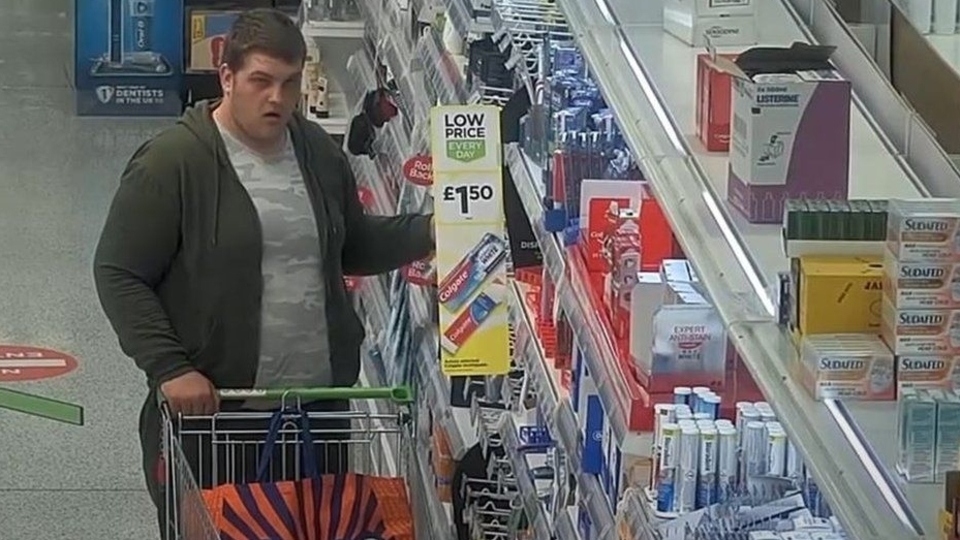 Image and video courtesy of the Cheshire Police Facebook page

An Oldham-based Romanian crime gang, who stole more than £160,000 worth of items from supermarkets across the UK, have been jailed.

They were each sentenced to 42 months in prison.

The court heard that the gang travelled across the country stealing high value items from supermarkets, primarily targeting Asda stores.

Over the next four months Mocanu, Meiosu, Flori, and Costea joined the gang.

Between April and September in 2020 the group went on to commit at least 81 separate offences at stores as far afield as Newcastle upon Tyne, Cardiff, Bridgend, Fleetwood and Alloa in Scotland.

On each occasion the gang worked together as a team to distract the store’s security staff by intentionally activating the security alarms.

This enabled other members of the gang to escape the store with the stolen items without being spotted.

They specifically targeted high value items such as printer cartridges, razor blades, nappies and cosmetics, which they would then sell on.

Their downfall began after they targeted the Asda Barons Quay store in Northwich in June 2020 and stole approximately £1,000 worth of items.

Following the theft, Asda’s Asset Protection team contacted Cheshire Constabulary to report the incident, which they believed was part of a wider nationwide series.

Over the next two months detectives from the Northwich Beat Initiative Team worked closely with Asda’s Asset Protection team and the National Business Crime Centre.

Using CCTV footage, ANPR camera's and credit card data they were able to identify the gang members and link them to at least 80 other incidents across the country.

After the detectives had gathered extensive evidence, Meiosu, Costea and Mocanu were all arrested on Thursday, September 10 following a raid conducted by officers from Northwich Local Policing Unit at an address in Darwin Street in Oldham.

During the warrant officers recovered a number of stolen items including perfume, alcohol, more than 50 razors and thousands of children’s nappies.

Ilea, Florin and Mahai were also arrested over the following months and all six men were subsequently charged with conspiracy to steal.

Following their sentencing, Detective Constable Paul Matchett, of the Northwich Beat Initiative Team, said: “It is clear that this gang travelled to the UK with the sole intention of committing crime.

“They set up their base in Oldham and from there they travelled to stores across the UK and stole hundreds of thousands of pounds worth of items.

“They believed that they could evade justice by spreading their crimes across the country in a bid to keep a low profile.

“While their plan worked initially, they underestimated the partnership work between the police and the business community and they are now behind bars facing the consequences of their actions.”

Senior Crown Prosecutor Daryl Pollard of the CPS said:“These serial criminals targeted various ASDA stores throughout the UK hoping to operate under the radar, stealing £160,000 of goods from supermarkets to sell on.

“We were able to unravel their crimes by carefully evaluating CCTV footage and analysing credit card transactions.

"We worked very closely with the police and stores to bring these criminals to justice.”

DC Matchett added: “I would like to recognise the work that Asda’s Asset Protection team has undertaken and I have no doubt that without their support this gang would still be targeting stores across the country.

“It’s important to remember that shoplifting is not a victimless crime, and it’s the general public who end up footing the bill through increased prices.

“I hope that the sentences handed to this gang provide reassurance to the public and business community and act as a warning for other offenders who think that retail outlets are easy targets.”

Watch the CCTV footage from Asda