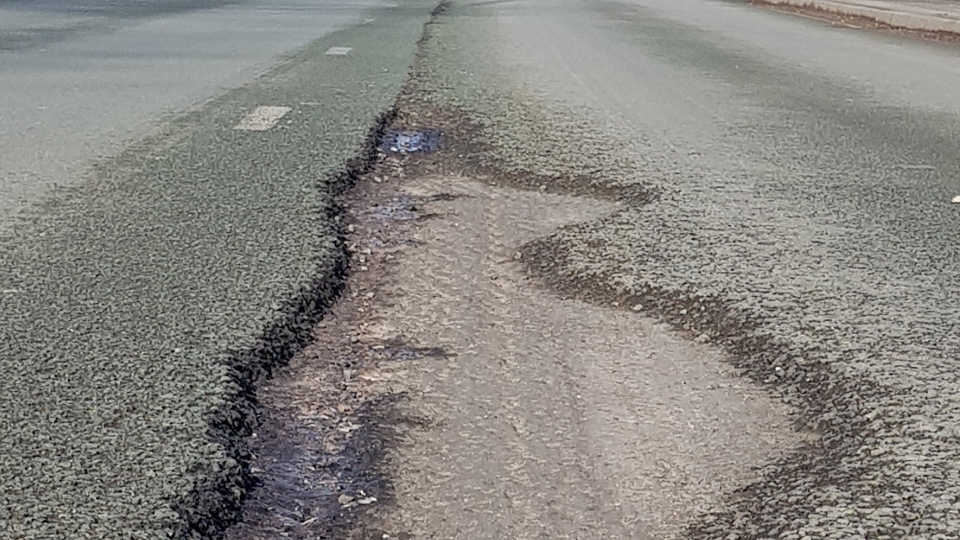 Potholes are the blight of many drivers' lives

Despite a national coronavirus lockdown, RAC patrols went to the aid of a staggering 4,694 drivers who had most likely broken down as a result of hitting a pothole in the first three months of 2021 – the equivalent of 52 drivers every day – new RAC Breakdown data shows.

Incredibly, this represents a three-fold increase in the number of pothole-related breakdowns from the last quarter of 2020 to the first quarter of 2021 (up 3,233 from 1,461 in Q4 2020) and is the largest rise between quarters the RAC has ever seen.

In total, 2.4% of all call-outs attended by RAC patrols between January and March were for broken suspension springs, distorted wheels and damaged shock absorbers – the classic symptoms of a driver having hit a pothole – up from 1.6% during the same period in 2020, and the highest proportion seen since 2017.

When comparing the first quarter of 2021 with the same period of 2020, an incredible 37% more pothole-related breakdowns occurred (4,694 breakdowns in the first three months of the year compared to 3,426 breakdowns), a figure made even more stark by the fact the country has spent much of the first quarter in lockdown with lighter than normal traffic volumes on roads.

Had traffic volumes been at pre-lockdown levels, the figures would have been even worse.

The numbers highlight the parlous state of many roads which have been ravaged by the colder winter weather that affected much of the UK between January and March.

They also put into sharp focus the enormous task now facing local and national governments to bring road surface standards up to a reasonable level.

Despite promises of more money from central government, the RAC believes many councils remain stuck in a vicious cycle, unable to properly repair the hundreds, if not thousands, of miles of roads they are responsible for.

The RAC Pothole Index, a long-term measure of the condition of roads which is adjusted for weather and seasonal effects, also increased in the first quarter of 2021 for the first time since early 2018 and now stands at 1.48, up from 1.44 as of the end of December 2020.

This suggests that road quality is now in a declining state and means drivers are nearly one-and-a-half times more likely to breakdown as a result of hitting potholes today than they were when the RAC first started collecting data back in 2006.

RAC head of roads policy Nicholas Lyes said: “These figures highlight what is a genuinely ‘uncomfortable truth’ for both road users as well as local and national governments – that in many cases, the condition of many roads is now in a desperate state.

"Put simply, we’ve just had the largest quarterly rise in the number of pothole-related breakdowns on record.

"And the problem risks getting even worse as pandemic restrictions are eased and the roads get busier.

“Back in January we feared the colder winter risked causing further extensive damage to the roads, and it’s clear this is now exactly what has happened.

"Many drivers are finding themselves having to use roads that in places better resemble the surface of the Moon and, as our figures show, thousands are suffering from unnecessary and, no doubt, costly breakdowns caused by potholes.

“In some ways, the quieter roads brought about by national lockdowns could have been an ideal time for councils to start to fix problem road surfaces ready for the arrival of more traffic as restrictions are eased.

"Sadly, our data suggests this may not have been the case and may also suggest many councils are still simply patching up potholes rather than fixing them properly.

“What is undeniably clear is that all road users, whether on two-wheels or four, are paying the price for a lack of long-term maintenance for roads they use regularly.

"Pots of funding announced annually may help fill some potholes, but they don’t cure the problem over the long-term by dealing with underlying major surface defects.

"Nor do they allow local authorities to plan routine maintenance.

"Figures as bad as the ones we are publishing today should herald a watershed moment where authorities finally acknowledge the perilous state many roads are currently in and take decisive action to bring them up to a reasonable standard.

“The RAC has long campaigned for national government to recognise the vital role local roads play and ring-fence some funds over a five-year period to give councils the resources they need to plan and deliver longer-term road maintenance.

"Yet as we can see, a slightly colder than average winter leads to some roads ending up in an appalling condition with local authorities seemingly stuck in a vicious cycle where they are never able to get the roads they are responsible for up to a reasonable standard.

"We appeal to the Transport Secretary and the Treasury to take a fresh look at roads funding given the data we are publishing today.

“Potholes are a sign of broken roads, but they are also a sign of the broken nature of how the roads are looked after and paid for.

"The UK Government and local authorities must break the cycle and commit to doing something differently – if they don’t, all road users will continue to suffer unnecessarily.”