You are Here: Home » News » Main News » Covid-19 cases creeping up in some areas of Oldham.

Covid-19 cases creeping up in some areas of Oldham. 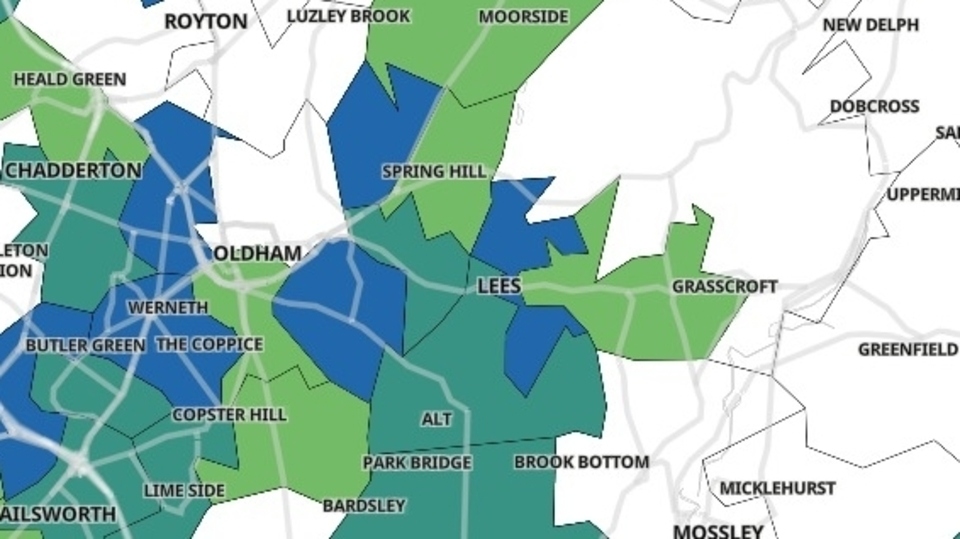 The government heat map of Covid-19 cases in Oldham in the week to April 15.

Cases of Covid-19 are beginning to creep up in some areas of Oldham as the borough continues to have the highest infection rate in Greater Manchester.

Across the whole of Oldham there were 150 cases in the week to April 15, up 13 infections from the previous week.

The former hotspot area of Werneth has seen a big jump in cases according to the latest hyper-local seven day data published by the government.

This was followed by Alexandra Park, also a previous hotspot in the borough, which saw 14 cases in the latest week – up eight on the week before.

There were ten cases apiece in the areas of Chadderton South West and Busk, which had risen by eight from the week before.

Chadderton Central saw seven cases, an increase of one.

This was a nine pc increase on last week, according to the Public Health England data.

However there are 11 neighbourhoods that recorded two or fewer cases in the last week – meaning they potentially could be free of Covid-19.

And more than 100,000 registered patients in Oldham have now received their first coronavirus vaccination, including more than half of the borough’s adult population.