You are Here: Home » News » Main News » 'Take care in the countryside' plea after wildfire incident in Oldham

'Take care in the countryside' plea after wildfire incident in Oldham 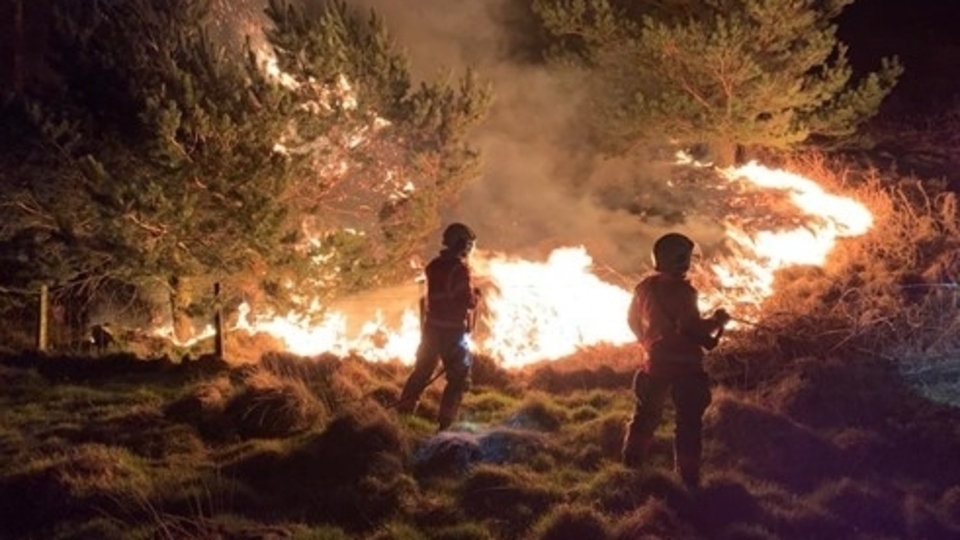 With warm weather forecast this weekend, Greater Manchester Fire and Rescue Service (GMFRS) is reminding people to take extra care when visiting the countryside after a wildfire broke out at Dovestone Reservoir.

GMFRS fire crews were mobilised by North West Fire Control at around 9.45pm last night (Thursday), to reports of a fire in Bank Lane, in the Greenfield area.

The fire involved moorland and a woodland area and covered approximately 20,000 square metres of plantation.

This follows a series of similar fires that have occurred in recent weeks, with firefighters from Derbyshire Fire and Rescue Service also called to tackle a wildfire in Tintwistle yesterday.

Lancashire Fire and Rescue Service and two crews from GMFRS also brought a wildfire under control off Bamford Road, in Ramsbottom, yesterday afternoon.

GMFRS’ Group Manager Ian Redfern, who was in charge of the incident at its height, said: “Specialist wildfire crews used new equipment and vehicles to bring the fire under control through the night and did a fantastic job in containing the flames from spreading further.

“The fire is mostly out with crews remaining in attendance damping down any hot spots in the area, supported by our colleagues at RSPB and United Utilities.

“This morning (Friday), specialist fire investigation officers from GMFRS are in the Dovestone area working hard to attempt to establish the cause of the fire.”

Working with local partners, GMFRS has recently been reminding people to stay safe when visiting the countryside by sharing advice and tips on how to prevent wildfires from breaking out, and about the damage this kind of fire causes to the local area, communities, businesses, and the environment.

GMFRS’ Area Manager Paul Duggan, Head of Prevention, said: “The memories of the moorland fires in 2018 remain fresh in the mind of everyone involved, from our firefighters who worked incredibly hard to put the fires out, to the residents who were forced from their homes.

“Moorland and wildfires can be started in a number of ways.

"Sadly, many fires in the countryside are started deliberately, however, some can break out by people being careless with barbecues, campfires or not disposing of cigarettes properly.

“Our message is strong and clear - never have a barbecue or campfire on the moors or start a fire deliberately.

"Many people think it’s just the flame from a barbecue that sets the moorland on fire, but it’s actually the heat from the disposable barbecue that often sets peat and dry moorland alight.

“In 2019 GMFRS worked closely with colleagues in Oldham and Tameside councils, which resulted in Public Space Protection Orders now being in place in parts of the two boroughs. 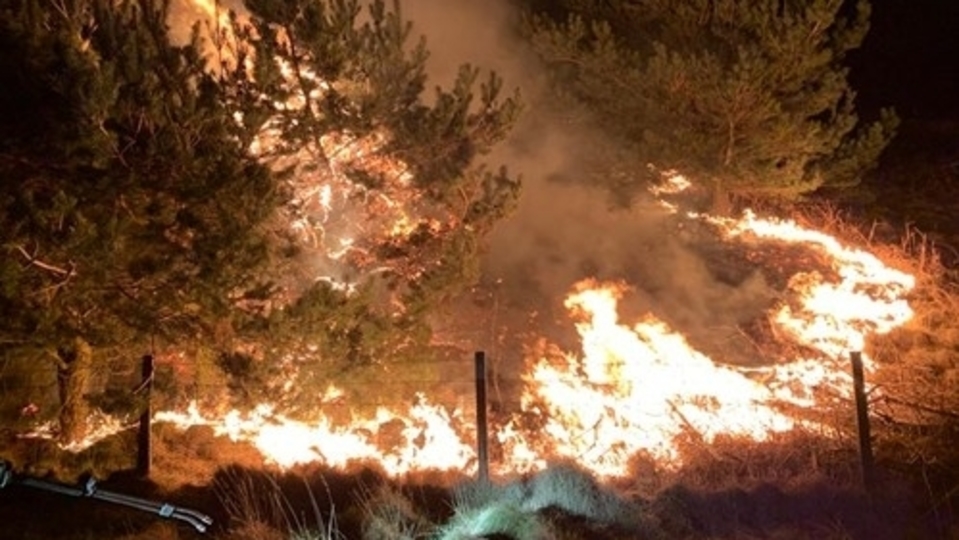 "This means that anyone found lighting a fire, barbecue, or other objects like fireworks and sky lanterns, will be given a fixed penalty notice of or face prosecution.”

While out enjoying the countryside or moors:

Never take a barbecue on the moors or to the countryside - it poses a huge risk of fire, is a risk to the environment and ties up our firefighters who may be needed for other serious incidents

Always extinguish your cigarette and any other smoking materials properly. Never throw your cigarette butt out of your car window - it could ruin whole fields of crops

Don't leave bottles or glass in woodlands. Sunlight shining through the glass can start large fires. Take them home or put them in the waste or recycling bin

Never start a fire of any kind - it may seem a good idea at the time, but a fire in the open can easily get out of control

Keep children away from matches and cigarettes and open fires

If you see a fire in the countryside, report it immediately. Don't attempt to tackle fires that can't be put out with a bucket of water. Leave the area as soon as possible and dial 999

GMFRS is running a survey to gather views from the public about wildfires.

Views and thoughts captured as part of the survey will help GMFRS and other fire and rescue services understand what people think causes wildfires and what the consequences of starting wildfires should be.

The survey also covers concerns about wildfires, such as those that broke out in Greater Manchester and neighbouring areas in the summer of 2018, and what should be done to help prevent wildfires.