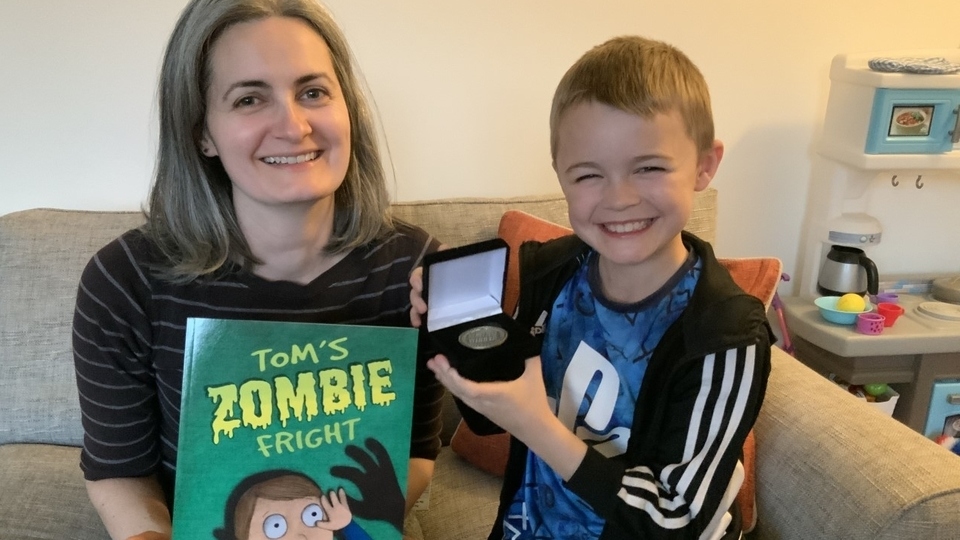 Delph-based children's author and illustrator J C Perry has been awarded a silver medal from The Wishing Shelf Book Awards for her second book 'Tom's Zombie Fright' in the pre-school picture book category.

The children's books were read and judged by children in eight UK primary and secondary schools.

The book was awarded five stars by the Wishing Shelf team, who had this to say about the book: "A very accessible story for young children filled with delightful illustrations and a cleverly crafted plot.

Perry was understandably over the moon with the award.

"After the strange year we've all had, it was lovely to get some good news," she said.

"My family feature in this book, and they were thrilled to bits too."

Perry was inspired to write the book when her son Tom became obsessed with a zombie video game.

She added: "He'd play it all the time, he'd talk about it with his friends, and he'd draw zombies from the game in his spare time.

"I began to formulate a story where Tom played his zombie video game so much that it spooked him, and then something scary actually happened to him.

"It's not too scary though, in fact it'll give you a giggle in places.

"Tom let me use three of his drawings in the book where I've shown him drawing zombies.

"Like in the book, Tom now has other interests, but he still plays the game every once in a while.

"I wonder if that has anything to do with the book!"

She added: "The award has really encouraged me to carry on writing.

"To be honest I can't see a day when I'll stop writing and illustrating as it's something I really enjoy.

"I love the process of making up a good story - one I haven't read in some form or another somewhere else, and then illustrating it brings it all to life.

"I love that not only people in this country, but people on the other side of the world are reading my books to their kids and getting enjoyment from them - I get a real buzz from that."

"I keep thinking about the next story, and the one after that."

Perry's latest book The Best Nest, published in February this year, has a more light-hearted feel than Tom's Zombie Fright.

It's a heartwarming story with a moral tied into it, but it's not preachy or overly cute.

She likes to write stories that appeal to parents as much as children.

There's a bit of Northern humour in there too!