You are Here: Home » News » Main News » It's a golden celebration for former Chronicle lovebirds Heather and Barry

It's a golden celebration for former Chronicle lovebirds Heather and Barry 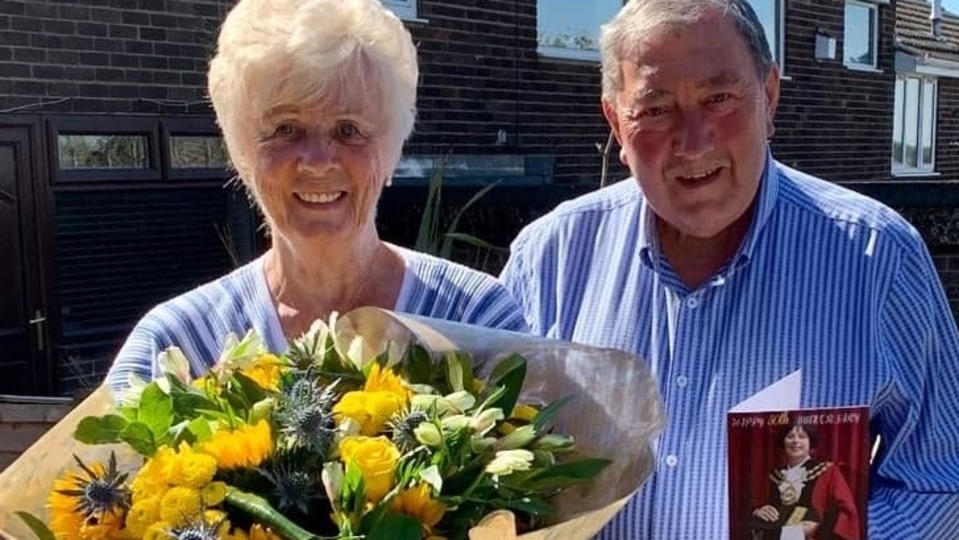 Heather and Barry Dunkerley with their flowers and card from the Mayor of Oldham, Councillor Ginny Alexander

The Mayor of Oldham, Councillor Ginny Alexander, has sent her best wishes and congratulations to an Oldham couple who met at the Chronicle and have just marked their 50th wedding anniversary.

Heather and Barry Dunkerley met at the Oldham Chronicle in 1968 when Heather was 17 and Barry was 19.

Barry worked there for 37 years until he had to retire due to his health.

She then worked at Character Options as a receptionist from 2010 until she retired in 2014.

They have two children - Lynne and Kevin - and have five grandchildren Stephen, Jack & Adam (twin boys) and Kira and Ella.

Their first great grandchild is on the way and due to be born in August this year.

In a Facebook post, Cllr Alexander said: “First and foremost, this lovely couple both love spending time with their family and where possible will be celebrating together.

“Heather loves going to the theatre to watch musicals, enjoys pottering in her garden as well as shopping trips and weekends away with the family

“Barry’s biggest hobby is his love of rugby league and he watches all the matches that he possibly can on the television and used to go and watch Oldham in his younger days.

“As you celebrate your 50th anniversary I send you these flowers and card with my love on your special day.

“Wishing you both a wonderful day of celebration.”