You are Here: Home » News » Main News » Former pub in Royton to be replaced with flats after becoming hotspot for antisocial behaviour 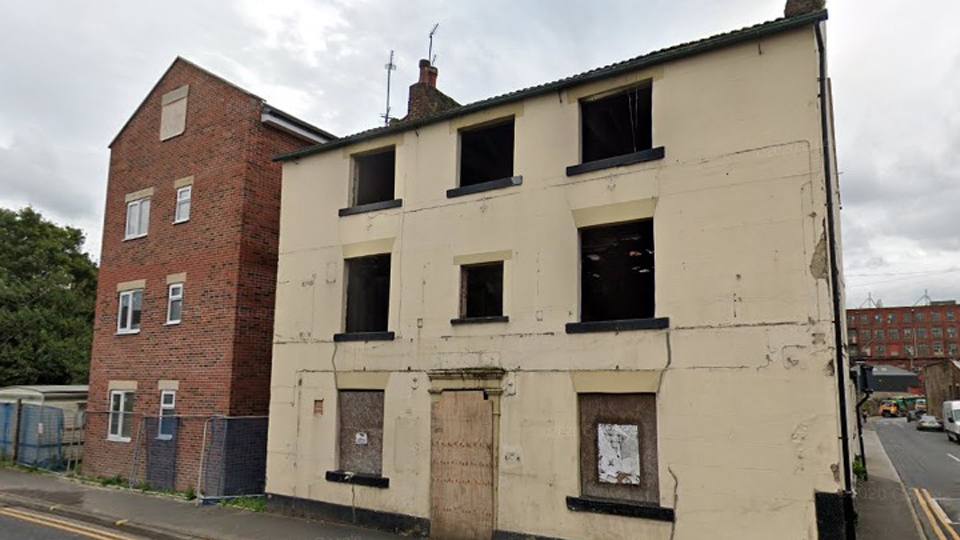 A former pub is to be demolished and replaced with flats after becoming a hotspot for antisocial behaviour – with a burnt out caravan and ‘kids doing moonies at old ladies’.

Members of Oldham’s planning committee have approved plans to waive a financial agreement with a developer to allow building work to go ahead in Royton.

The former Dog & Patridge on Middleton Road had been due to be converted into apartments, but its condition has now deteriorated.

Planning officer Graham Dickman told councillors: “The deterioration of the building is itself leading to some antisocial behaviour.

“I don’t know if it’s gone but there was a burnt out caravan for instance next to the site for some considerable period of time.

“So it is important that we bring this forward.”

Councillor Clint Phythian, who represents Royton North ward, told the panel that they wanted work to start on site as soon as possible.

“The ward councillors are getting constant complaints off residents saying that Royton is going downhill because of this burnt out caravan on the premises,” he added.

“And there is also antisocial behaviour, there is kids pulling moonies at old ladies across the road and stuff like this, and it’s not good at all really.”

Mr Dickman said they were dealing with some of the issues at the site from an ‘enforcement perspective’.

“It is important that we get that work recommenced and get the building, one to remove that antisocial behaviour and two, to get that residential accommodation brought into use,” he added.

Planning permission had previously been granted for a similar application on the same site in May 2020.

This would have seen the pub building converted into flats, and included a Section 106 obligation for the developer to provide a financial contribution of £37,169 for the improvement and maintenance of off-site open space and affordable housing.

The applicant, Samrum Investments Ltd, had since submitted a viability appraisal which they say demonstrated that paying this money would impact the deliverability of the development.

This was supported by the assessment carried out by council officers.

The site has also become the subject of ‘concerns regarding its ongoing condition’, which are resulting in ‘amenity problems’ in the local area, according to the planning report.

Consequently the latest application is to demolish the pub and replace it with a building which will connect to the three-storey extension which is under construction next door.

The site had essentially been developed ‘in two halves’, councillors were told.

The pub replacement would include 14 apartments, split between nine one-bedroom and five two-bedroom flats.

Committee chair Coun Peter Dean said they should look at serving a notice on the company to remove the burnt out caravan "which is a danger and a mess in that community".

There were ten votes in favour of approval and one abstention.