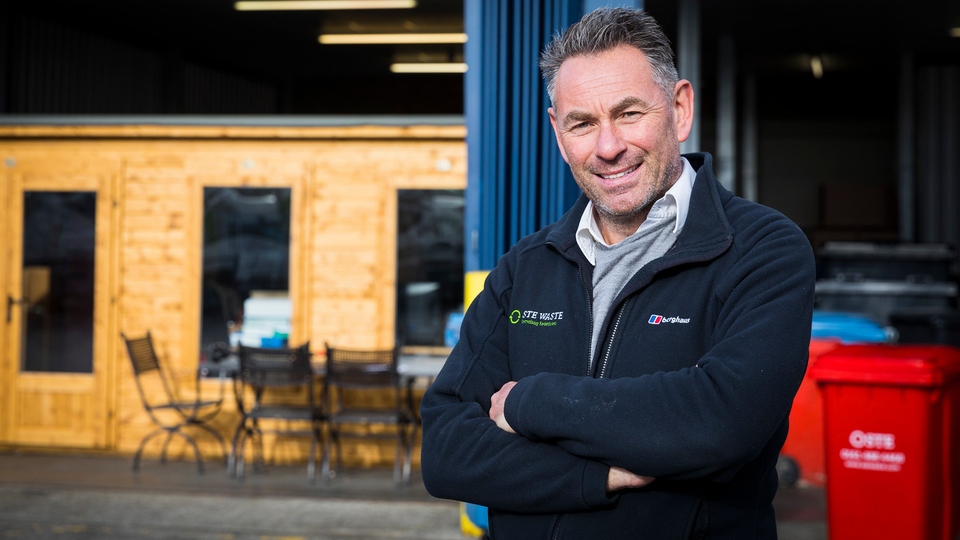 An independent candidate for Greater Manchester mayor has called for a ‘seismic change’ in local politics – including merging all local authorities into a single regional council.

Marcus Farmer believes the current structure – in which city and borough councils are separate, but also work collectively through the combined authority – is ‘inefficient and very expensive’.

The businessman wants to see the number of councillors across the region halved to 300 and relocated to Manchester Town Hall once its £214m refurbishment is completed.

Mr Farmer, who ran for mayor in the 2017 election, believes the overhaul is the ‘most obvious change’ to make on behalf of taxpayers struggling with the impact of Covid-19.

He said: “A centralised chamber of debate is an efficient and sensible way to conduct local business with all interested parties in one building around the decision making tables.

“All of the 10 councils sitting in their respective areas is expensive and absurd if we are serious about developing our ‘in need of attention outer towns’.

“Why should cost savings be made everywhere else but not on the number of councillors?”

Mr Farmer has also expressed support for a proportional representation voting system where the distribution of seats corresponds with the proportional votes for each party.

He says the move away from a first-past-the-post system is ‘the only way for voices to be heard locally’.

The proposal is one of many explored on Mr Farmer’s website, which includes in-depth economic and statistical analysis and allusions to the philosophies of Plato and Hegel.

Another key pledge that has been put forward is to ask the people of Greater Manchester whether they want all lockdown measures to be lifted after the result of the mayoral election.

Mr Farmer disagrees with the government’s approach to Covid-19 and believes that anti-lockdown voices from academia were ignored.

On his website, he says: “For what it’s worth, my personal view is what’s done is done. Covid-19 is now sadly part of our lives.

“But it’s time to turn the lights back on, let our young people live their lives and let freedom ring true.”

Asked if he thinks the government would allow its roadmap out of lockdown to be ignored in favour of Greater Manchester going its own way, Mr Farmer believes Whitehall would have to comply with the people’s wishes.

He added: “Rightly or wrongly, I think that there are over 500,000 voters in Manchester who would now vote to end lockdown on May and it is entirely correct that they are asked the question at the first election available.

“Taking the position of ending lockdown is a binary choice that people can understand and make, and I still can’t believe that all four main parties have left this position wide open for a strong independent to enter the race.”

If elected, Mr Farmer says he would put his 25 years of experience in business – ranging from property, retail and waste management – to retain and create jobs in Greater Manchester.

Such decisions need to be guided ‘by business minds and not politicians’, he says, and should move towards making ‘hi-tech and clean-air driven’.

Manchester Airport is also central to his plans, though it has been hit hard by the Covid-19 pandemic with hundreds of people losing their jobs.

A dividend which provides a vital annual cash boost to local authority finances has also been lost in the last year, causing huge shortfalls in council coffers that needed to be filled with government funding.

Mr Farmer said: “Thanks to Covid-19, this may be negative for many years to come.

“The level of ‘normal’ revenue from the airport is going to be very difficult to replace unless all our councils become more businesslike in their approach.

“I could also point to the city centre as a huge problem as the culture of working at home is here to stay so there is a financial issue with regards business rates that accounts for up to a third of the budget as companies reduce the amount of space they work from.

“Without doubt, these are tricky times but there’s also an opportunity – with the right leadership – to create a huge wave of business optimism from the outset of lifting lockdown.”

Unlike the other mayoral candidates Mr Farmer is absent from social media, which he argues is ‘directly responsible for our mental health crisis’.

“It puts people in echo chambers similar to Plato’s Cave,” he said.

“I wanted to be the last person in the UK to attempt to win a major election without the use of what I consider to be a divisive platform of communication.”

But Mr Farmer admits that he is not standing for election to win, but to generate ideas and to see how many people agree with his ideas.

“If you look at them and say they’re a load of rubbish, and you don’t like me, don’t vote for me,” he added.

“As it stands I am just one person one vote but I am interested to find out how many people agree with me.

"Maybe I am completely wrong?”