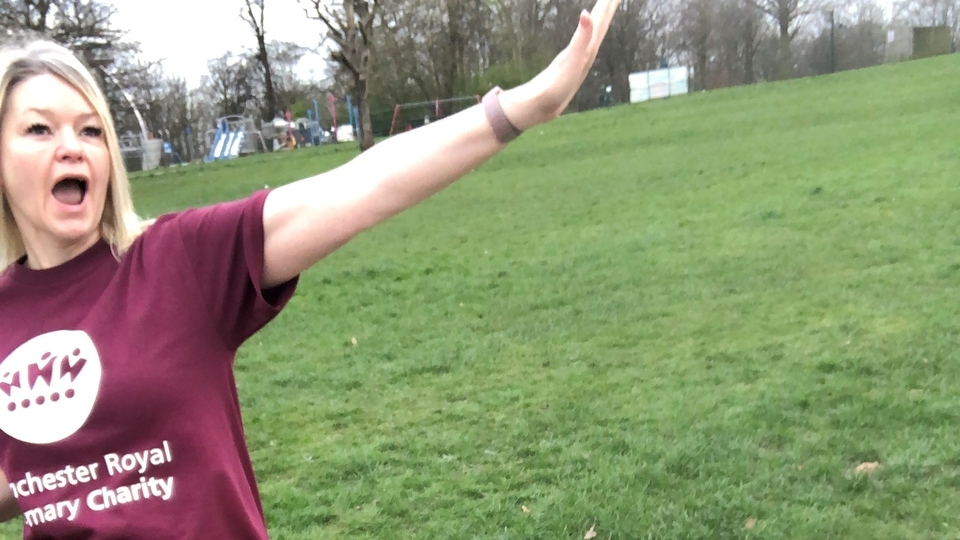 A group of NHS workers have been clocking up the miles to raise funds for wellbeing projects at their hospital.

More than 140 staff members at Manchester Royal Infirmary’s Emergency Department have already reached the equivalent of walking from Manchester to Machu Picchu – with a few miles to spare for a sightseeing tour.

They’ve walked, run and cycled their way to more than 6,300 miles in April, having initially set a target of covering 2,021 miles between them throughout the month.

They’re now just trying to reach their fundraising target of £5,000.

All the money raised on their JustGiving Page will go to Manchester Royal Infirmary Charity.

Included in the team is Sandra Lord, who lives in Oldham.

Sandra works on the department’s reception and clocked up her miles running and walking.

Her runs were between 5km and 7km each time and when walking she also litter picked in the country park in Daisy Nook.

Sandra said: “I thought I might as well kill two birds with one stone: clock up the miles AND clean up the rubbish.”

The challenge’s organiser, Dr Emma Everitt, organised the event by splitting challenge participants into groups. There are nine teams in total and each team competes to clock up the most miles each week.

“We’re all quite competitive so having the leaderboard each week has really spurred everyone on,” said Emma.

“It’s also really brought us closer together as a team and people have really bonded with staff who they might not have worked with or known very well before now."

All the funds raised will go to Manchester Royal Infirmary Charity, who will then assign it to the Emergency Department’s charity fund for them to spend on revamping the staff room.

Any leftover money will go towards other wellbeing projects at the department.

The Charity has three main areas of work where money is spent:

Manchester Royal Infirmary Charity’s fundraising officer Shannon Appleyard has been supporting the team with their fundraising.

She said: “It’s so encouraging when a fundraising challenge not only raises money, but it also brings a team close together.

"What’s even more amazing about this challenge is that it’s also helped people to become fitter and healthier too.

“The group have already raised a fantastic £2,700 of their £5,000 target and I’m sure they’re going to hit their target soon enough.

“I want to extend a big ‘well done’ to everyone who took part.”