You are Here: Home » News » Main News » Firefighters expect to be at Royton blaze scene for 'a number of days' 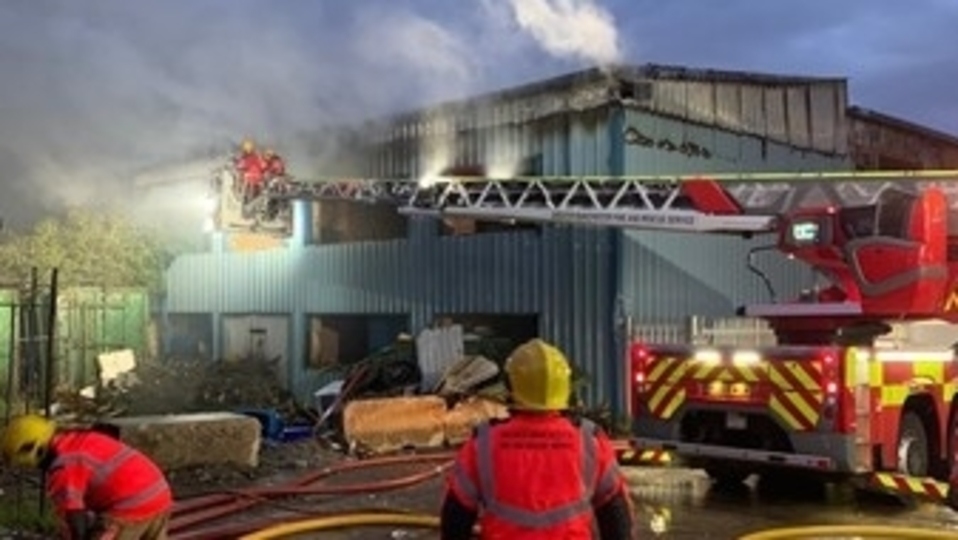 Two fire engines remained at the scene of a building fire in Royton this morning (Monday).

Crews were damping down the scene and working with the building owner to remove materials from inside the building so firefighters could tackle deep seated hotspots.

Nearby businesses were not affected.

Firefighters expect to be at the scene for a number of days.

Greater Manchester Fire and Rescue Service received a call at 6.36pm last night (Sunday) to reports of a building fire on Meek Street.

On arrival, crews from Oldham and Rochdale found the building, which contains what is believed to be recycling materials, well alight.

Bales of recycling materials outside the building were also on fire.

An aerial platform was also used to fight the fire from above.

Station Manager Nick Griffin said: “On arrival, we found the building well alight and crews quickly got to work to bring the fire under control.

"We have been using hose reels and jets, along with the aerial platform to tackle the blaze from above.

"Thanks to the hard work of our firefighters we are making progress, but expect to be here well into the night.

“The fire is causing a large plume of black smoke so we urge people to stay away from the area, and if you live nearby please keep your windows and doors closed.”