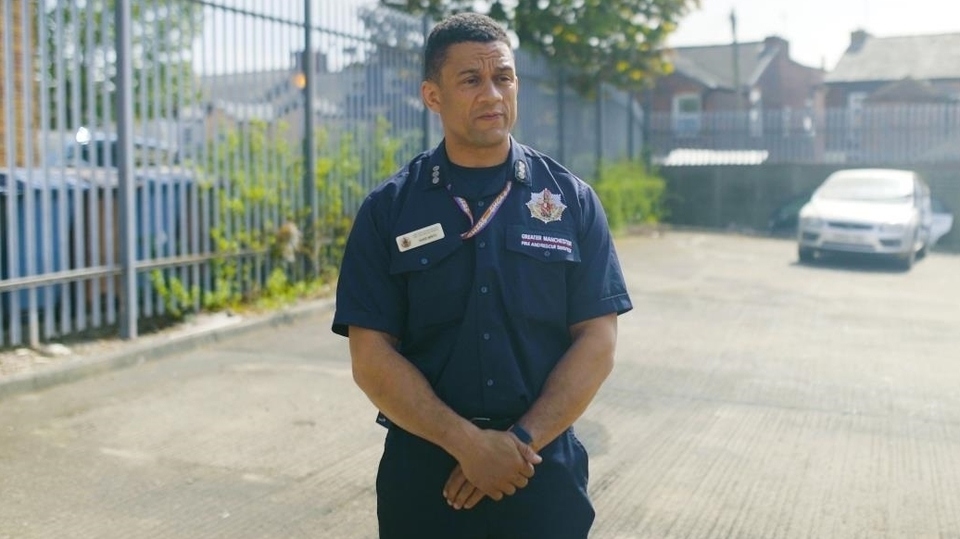 The dedicated week of action, which encourages business owners and managers in particular, to ‘Think Sprinkler’, is led by the National Fire Chiefs’ Council (NFCC) and runs until today (Sunday).

During the week, GMFRS proudly showcased never-before-seen digital content featuring some of its staff members and representatives from local businesses, such as sustainable waste manager Biffa and Love 2 Sleep in Salford, who have shared their experiences and knowledge to encourage others to consider having sprinklers installed.

GMFRS’ Head of Protection, Area Manager Paul Fearnhead, said: “GMFRS is proud to be supporting this year's Sprinkler Week, helping to raise awareness of the benefits of sprinkler systems and why they are such a positive piece of equipment to have installed.

"During the week we want people to ‘Think Sprinkler’, because sprinklers really do save lives and buildings - reducing the economic, environmental, emotional and community impact of fire.

“As part of our ongoing work to promote sprinklers and their benefits, we are pleased to share new online content involving some of our staff members and local businesses, sharing their experiences about sprinklers.”

Just days after footage for one of the new films was captured a fire broke out involving Biffa’s waste transfer site in Gilchrist Road, Irlam.

Fire sprinklers fitted at the site activated, quickly putting the fire out and minimising the damage caused as a result of the incident.

Area Manager Fearnhead added: “Thanks to the fire sprinklers in place at the Biffa site in Irlam, firefighters dealt with the incident in under three hours – which is significantly less time than what tends to be spent dealing with a waste site fire with no sprinklers in place, which in recent years have been known to go on for days, or even weeks.”

Kris Egerton, Operations Supervisor at Biffa, said: “We are grateful that the timely action of the sprinkler system helped stop the spread of the fire that broke out at our site in Gilchrist Road and enabled firefighters to bring it under control quickly.

"As a result, we were able to minimise damage and resume operations swiftly.

"The sprinkler system adds an extra layer of protection, reducing the risk of injury and ensuring our people and the public are safe.”

The new films can be found on GMFRS’ YouTube channel and highlight the many positives of having fire sprinklers in place, including how they protect lives and properties, reduce injuries, as well as help the environment.

Also supporting the national week of action, Station Manager Dave Minto represented GMFRS to talk all about sprinklers and share his experiences at the National Fire Sprinkler Network’s event, which also saw him show one of the new films to online participants.

Fire sprinklers are widely recognised as the single most effective method for fighting the spread of fires in their early stages - with research by the NFCC and the National Fire Sprinkler Network (NFSN) finding that sprinkler systems extinguish or contain the fire 99 per cent of the time where they are fitted and operate.

Sprinklers are also proven to reduce injuries by 80 per cent, reduce damage to property, and also reduce damage caused to the environment.

To find out more about the national campaign follow #ThinkSprinkler on social media, or visit NFCC’s website: https://www.nationalfirechiefs.org.uk/Sprinkler-Week

For further information from GMFRS, go to its ‘Think Sprinkler’ website page: https://www.manchesterfire.gov.uk/staying-safe/what-we-do/think-sprinkler/