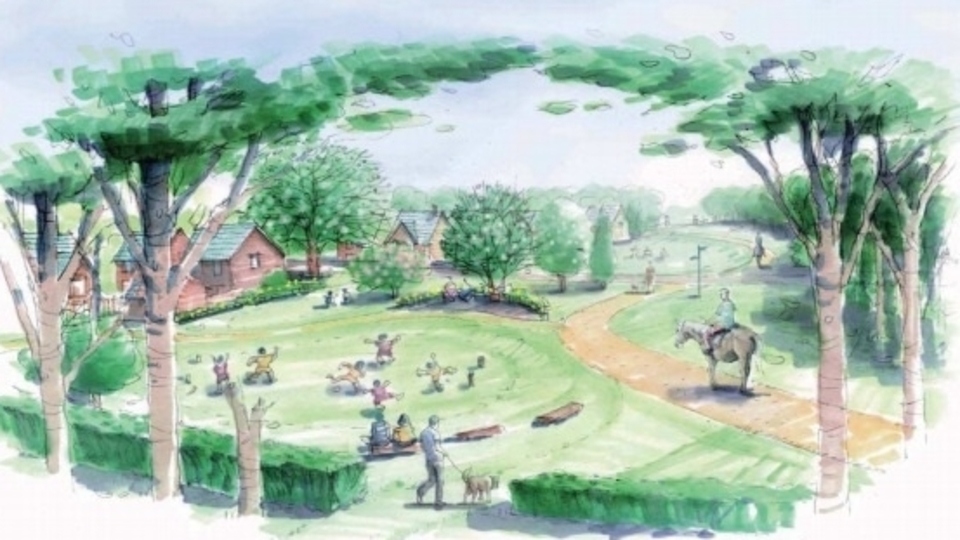 A vision of the Hollin Lane development. Image courtesy of Taylor Wimpey

Proposals for the second phase of a controversial housing estate have been signed off by planners.

It means a further 90 homes will now be built on green belt land to the east of Hollin Lane, in Middleton.

‘Outline’ planning permission’ for up to 205 homes at the site was granted back in 2016, despite more than 540 letters of objection to the scheme.

Campaign group The People Vs Taylor Wimpey argued that – together with other proposed developments – it would rob the area of a vital green space and put intolerable demand on local services.

However, full permission for a first phase of 103-homes was given the green light in February 2019.

Now Rochdale council has rubber-stamped another 90 houses on an 11 acre plot to the east of Stott Lane.

Changes to the design of some of the houses were submitted earlier this year following discussions with the planning chiefs.

The authority now believes the houses will ‘contribute positively’ towards the character of the surrounding area.

The officer’s report reads: “It is considered that the details of the appearance, landscaping, layout and scale of the site and dwellings would provide for a development that would be in keeping with the character and appearance of the surrounding area.”

The new development will include 47 three-bedroom and 43 four-bedroom properties.

And while the majority will be two-storeys in height,  there will be six 2.5 storey houses.

The estate will also include public open space – mainly next to the pond in the north west corner of the site – internal access roads, private gardens and off-street parking.

Pedestrian and cycle links are proposed at two points along Hollin Lane in addition to the main vehicle access route across Stott Lane approved under the outline consent.

Developer Taylor Wimpey will make financial contributions to cycle lanes, a bus stop, offsite recreation and education as part of the planning conditions.

The provision of affordable housing is currently subject to a financial viability assessment by the council.