You are Here: Home » News » Main News » Battle with organised crime groups continues as GMP take 120 guns off the streets 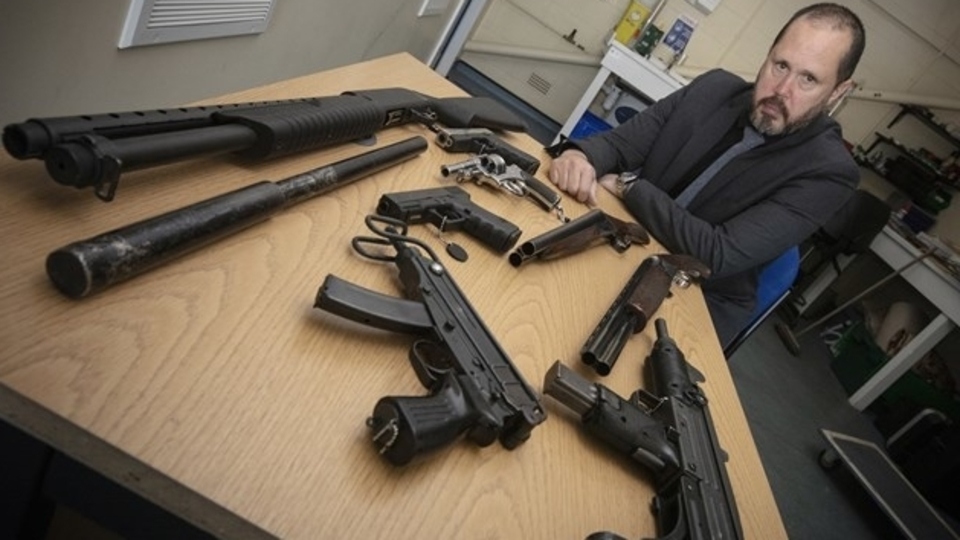 A total of 120 firearms were taken off the streets of Greater Manchester in the last year as police continue to tackle the use of lethal weapons by organised crime groups.

Between April 2020 and the end of March this year, scores of firearms were seized as a result of proactive operations and planned raids supported by GMP's Serious and Organised Crime Firearms Investigation Team (SOC FIT), who were launched in 2018 dedicated to tackling the use of illegal firearms in Greater Manchester.

The huge haul includes self-loaded pistols, shotguns and imitation firearms held by criminals to be converted into viable weapons including top-venting imitation guns, which GMP has seized 30 converted replicas of since April 2020.

Working alongside the North West Regional Organised Crime Unit (NWROCU), they continue to tackle the conversion and supply of such legal blank-firing firearms into illegal, lethal ones.

The response includes a proactive operation - codenamed Lyra - which was formed in July 2020 to investigate the supply and possession of such weapons.

Seven people have been arrested so far, and Scott Robinson, aged 43, from Oldham, was sentenced to a total of five years for possession of a converted imitation firearm in January.

Two further suspects have been charged as part of the operation and await trial later this year accused of conspiracy to supply firearms.

The crackdown has seen discharges in the county reduced from 85 to 71 during the last 12 months - equating to 16%.

One of the most significant district decreases was in Salford (-40%) after the inception of the Operation Naseby disruption hub over a year ago.

The SOC FIT supported a further six boroughs where shootings at least halved in 2020/21, including Wigan (down from nine to two), Bolton (down from five to one) and Tameside (down from four to one).

In Manchester, an increase in recorded discharges saw 10 in the first three months of 2021 in the north of the city alone, which led to a dedicated response between the SOC Firearms team and detectives from the City of Manchester North division.

It included a three-week blitz on organised crime at the end of March where several warrants were executed and 11 arrests were made, yielding three firearms, ammunition, over £150,000 in cash, and 10 kilos of class A and B drugs.

Twenty arrests have been made in total during the offensive, including Jack Modlinsky, 24, of Cheetham Hill, who was jailed for over five-and-a-half years last month when officers found £134,000 in cash, £8,000's worth of cocaine, and a knife during a warrant at his address as part of the action.

There has been just one discharge in the north of the city during the last 10 weeks since our robust response.

Officers continue to work alongside local partners to continue reducing gun crime in the region by targeting and disrupting organised crime activity across Greater Manchester.

Detective Inspector Simon Akker, head of GMP's Serious and Organised Crime Firearms Investigation Team, said: "We've been working relentlessly in SOC FIT to really drive a wedge between organised crime groups and the possession, supply and use of weapons in Greater Manchester, which is one of GMP's top priorities.

"By seizing more firearms than there have been discharges in the last year or so, it shows that we are proactively taking the fight back to organised criminals to stamp out the use of guns on our streets.

"While we can quantify the amount of weapons we've recovered and the decrease in discharges, what we can't count is the amount of incidents that we have prevented as a result of the action we have taken - but I can confidently say we have stopped people getting shot.

"That said, three men lost their lives on the streets of Greater Manchester due to gun crime last year which is three too many and we know that our work must continue to intensify to reduce these incidents further.

"The vast majority of incidents are targeted and are not a threat to the wider public, but that does not reduce the level of fear and anxiety they feel when acts of gun violence occur in their community and we have a duty to ensure that the public remain safe - each of these guns recovered is another potentially lethal incident stopped.

"Our focus remains on taking strong action against those in society who brazenly involve themselves in the use, trade and criminal conversion of firearms in Greater Manchester and we will ensure that those we suspect of having such involvement will face prosecution and be taken from our streets."

Anyone with concerns or information about suspicious activity should report it to police online, if able, at: www.gmp.police.uk or via 101.

Always call 999 in an emergency.