You are Here: Home » News » Main News » Plans for nearly 100 affordable homes on the site of a former arson-plagued mill in Oldham approved 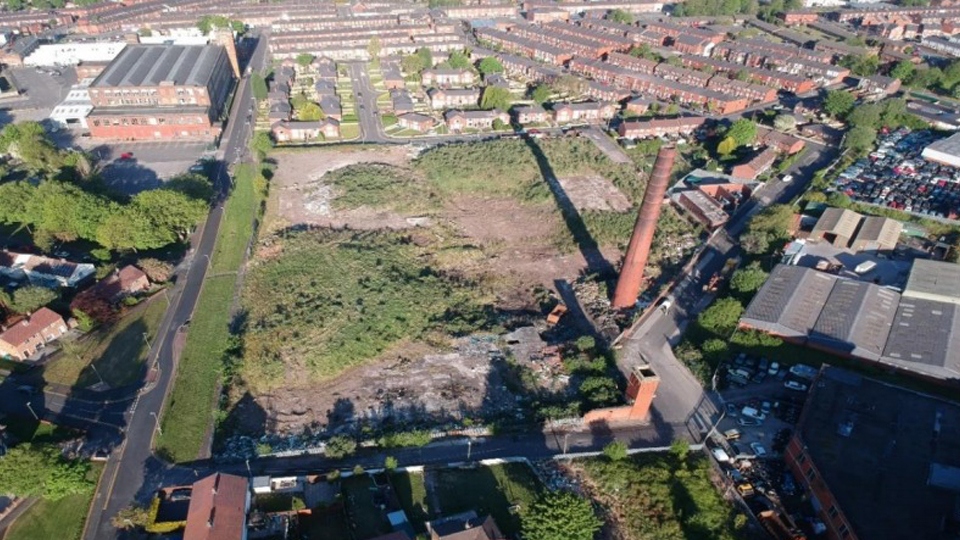 The site of 98 new homes in Hathershaw

Plans for nearly 100 affordable homes on the site of a former arson-plagued mill in Oldham have been approved.

The council’s planning committee has given the green light for 98 dwellings to be built on land off Cardwell Street in Hathershaw.

The site was previously occupied by the Maple Mill cotton mill but was mostly cleared following arson attacks in 2009 and 2016.

Prior to this the site had not been in operation for more than ten years.

The applicant for the plans is MCI Developments Limited who are working with housing association Great Places Housing Group to deliver the affordable homes.

The development will be split into a mix of houses, maisonettes and apartments.

Committee chair Councillor Peter Dean said they had ‘suffered many issues’ around this particular site.

“It’s been a problem for both the local residents and the council for a long time and I think this is a really good resolution to what has been a problem site and a derelict site for many years,” he told members.

There will be 18 one bedroom flats, six two bedroom apartments, 12 one-bed maisonettes, and 24 two-bed, 26 three-bedroom and 12 four-bedroom family houses. 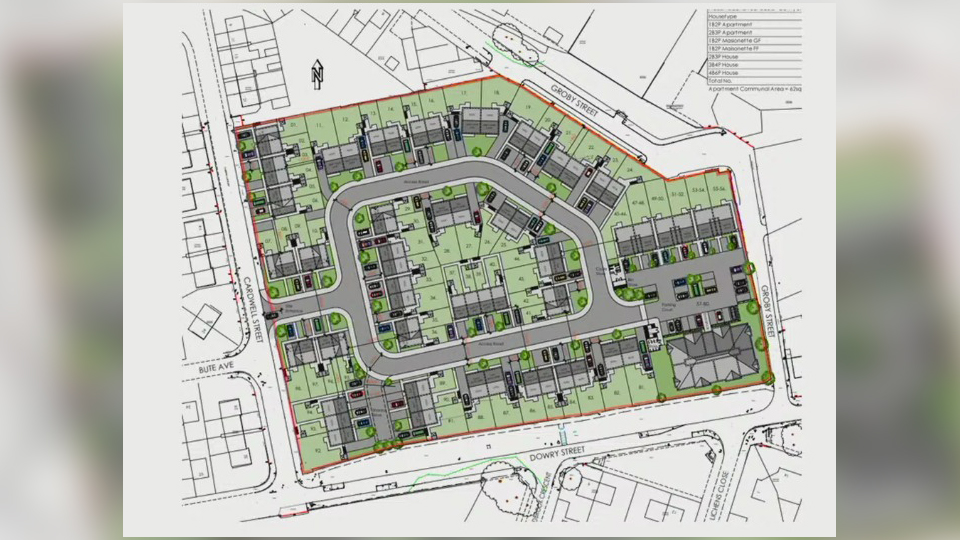 Planning officer Graham Dickman told the committee: “It’s a former mill site that has been largely cleared although there are still some structures remaining.

“It’s largely residential in character but with industrial sites towards the north east of the site that will continue to be near neighbours of the new development.”

The new development would be served from a single access road from Cardwell Street.

Mr Dickman added there had been levels issues on the site for the developer to overcome.

“Although we don’t normally like the idea of properties backing onto streets, in this instance it’s an inevitability of this site,” he told councillors.

Although the site is allocated for employment, Mr Dickman said the applicant had demonstrated that there was ‘poor interest’ and ‘poor viability’ in getting it reused for business.

“Clearly this will make a large contribution to the provision of new housing on a sustainable site of a type which is generally affordable as well,” he said.

“Given those factors it is considered that the principle of development is acceptable.”

He added that many of the houses had ‘quite spacious’ garden areas.

The meeting was also told there had been no objections received to the plans.

Rebecca Hilton, speaking on behalf of MCI Developments Limited, said: “The land can no longer be viably used for employment.

“There will be 64 affordable rented homes and 34 shared ownership homes. This represents a considerable contribution to meeting affordable housing needs in the local area.

“It represents a high quality development that brings a previously developed site back into use.”

However there will be no Section 106 agreement made with the developer for open space, after the council agreed it would jeopardize the viability of the project if they had to pay a financial contribution.

Coun Barbara Brownridge said: “It’s really nice to see 100pc affordable housing proposal and I think it’s really good to see that each of those houses has got a decent garden space which in my opinion is perhaps more usable than a contribution to off-site open space in this case.”

The application was approved unanimously by councillors.