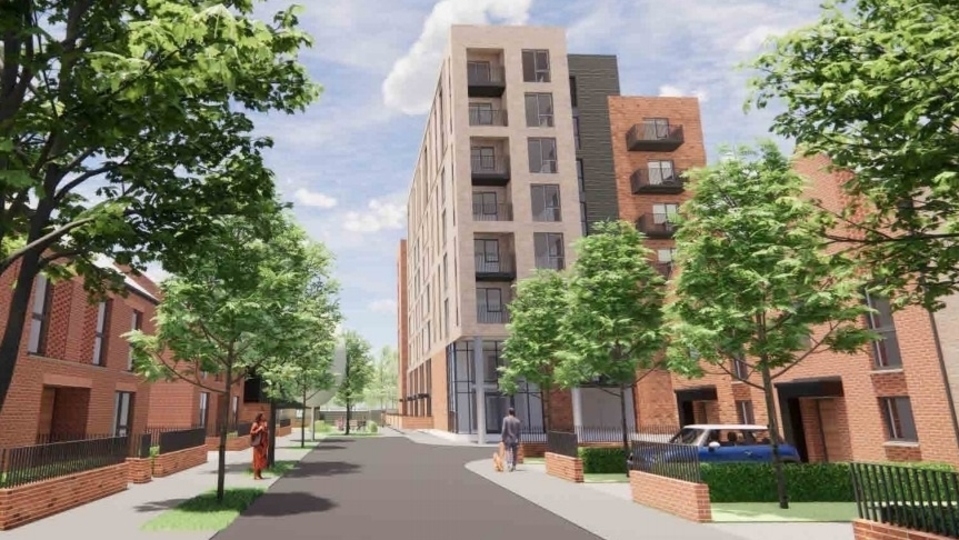 The plans for the West Vale development in Oldham

An estate of 88 modern affordable homes is to be built in place of crumbling tower blocks that dominate the gateway to Oldham.

The borough’s planning committee has approved plans to replace the former Crossbank House and Summervale House tower blocks with a new development.

The new estate, which would be a mix of apartments and houses, would take the place of the 1960s towers, which are scheduled for demoition.

The new properties are to be split between 26, two, three and four-bedroom houses and 62 one and two-bedroom apartments within an eight-storey building with access off Vale Drive.

An area of public open space will be provided under the proposals on a piece of land by Broome Street, with a play area for children which will be maintained and managed by First Choice.

Planning officer Graham Dickman said the site was a ‘well known landmark’ within the town centre.

“It’s a strategic site, it’s an important site, people passing through Oldham town centre see this everyday and we think it’s been designed in a suitable way that this will be a boost for the town rather than a loss,” he added.

Speaking on behalf of the applicant First Choice, Graham Locke from architectural firm PRP said he was ‘delighted’ to bring the plans to committee.

“It’s a clear example how comprehensive regeneration can improve such a prominent location in central Oldham,” he added. 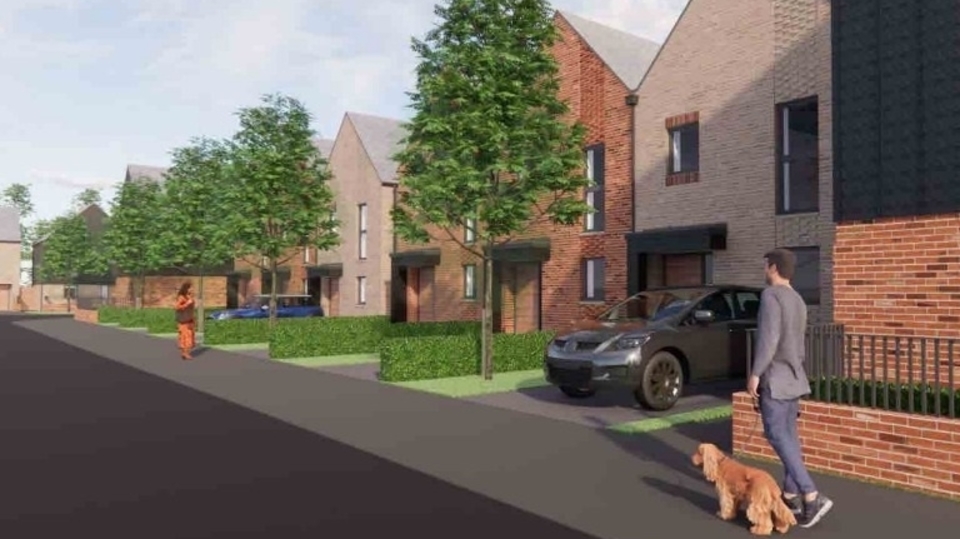 “The development team have worked with council officers to bring forward a scheme that will significantly enhance this important site, replacing two unsightly tower blocks that dominate this part of Manchester Street and Oldham Way with a development of high architectural quality that reflects the promise of the site as a gateway into Oldham.

“Each of the new houses will have their own garden and parking space. The streets within the development will be tree lined creating a more attractive and desirable neighbourhood.”

Residents of more than 240 properties of the two 15-storey blocks have all been moved out and they have since been standing empty.

It was previously agreed that local specialists, D Hughes Demolition and Excavation Ltd, will carry out demolition and clearance work at the site between May and November 2021.

Councillor Ruji Surjan, who represents Coldhurst ward in which the tower blocks are located, told the meeting she welcomed the proposals for affordable housing.

“It is an eyesore, it has been for a number of years and there have been a number of issues that have arisen from these blocks of flats,” she said.

“I think the majority of residents will welcome these new properties and the play area.”