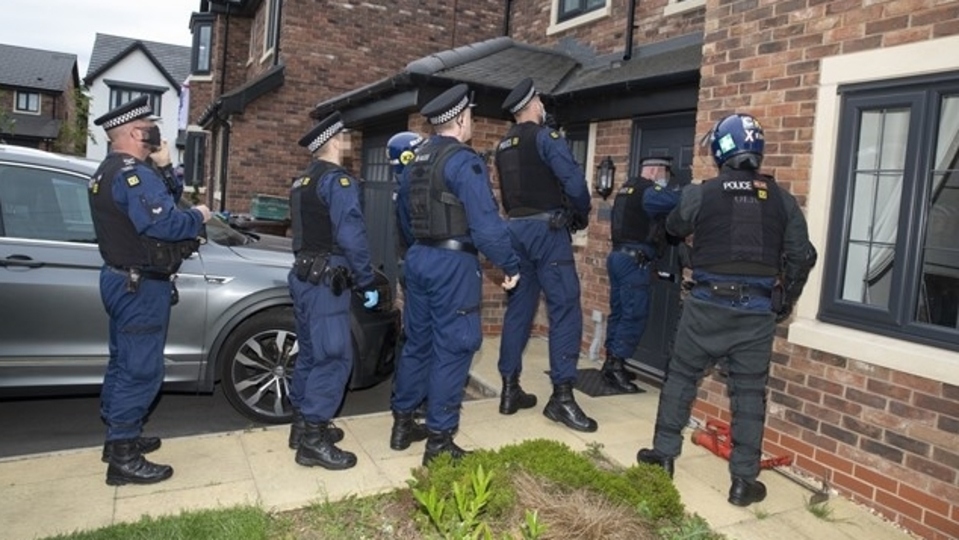 A suspected cannabis farm comprising of 18 plants was found in Radcliffe and cannabis cultivation equipment was also recovered at the Farnworth address.

Five people - three women and two men aged between 25 and 42 - were arrested on suspicion of conspiracy to supply cocaine and cannabis.

An address in the Gerrards Cross area of Buckinghamshire was also visited, and a 54-year-old man was arrested on suspicion of conspiracy to supply class A drugs.

The suspects have all being taken to custody for questioning in relation to an investigation by the Serious and Organised Crime Group into a class A and B drugs conspiracy that detectives estimate to be worth millions of pounds.

Investigators launched the operation - codenamed Glory - in June 2020 as part of a probe into the supply of class A drugs across Greater Manchester, and beyond, by individuals with links to organised crime.

Detective Chief Inspector Joe Harrop, of GMP's Serious Crime Division, said: "We have targeted a number of suspects that we believe are involved in the mass supply of class A and B drugs, namely cocaine and cannabis not just in Greater Manchester, but across the North West.

"Action like this comes after months of hard work to collate evidence and ensure we are tackling those responsible, but a huge part of our initial intelligence comes from members of the public feeding information to us or Crimestoppers anonymously.

"We will always encourage the community to come to us with any suspicions or information they have so that we can respond and remove suspects and their illicit assets from the streets, and drive a wedge between offenders the supply."

Anyone with information or concerns should contact police online, if able, via: www.gmp.police.uk or call 101.