You are Here: Home » News » Main News » Popular Yanks weekend event is cancelled due to lack of funding

Popular Yanks weekend event is cancelled due to lack of funding 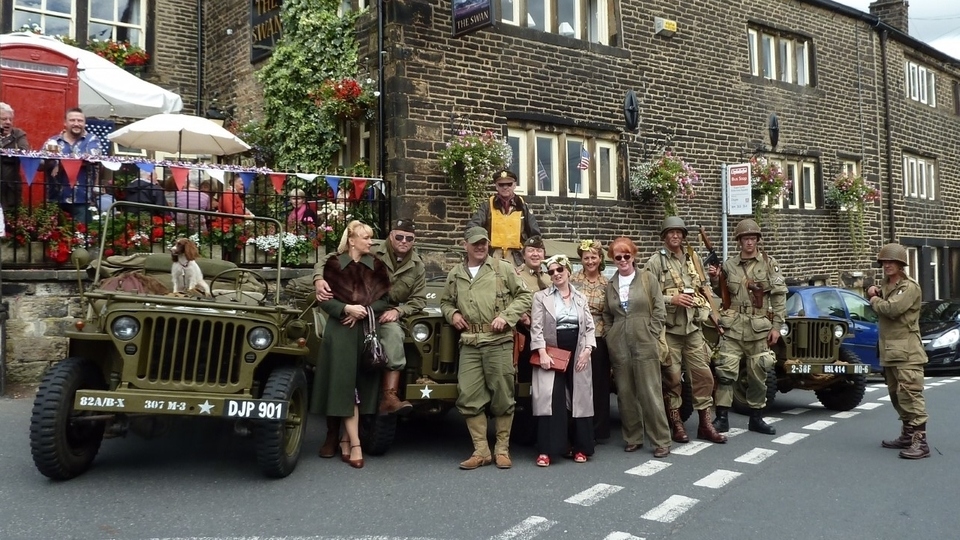 A scene from a previous Yanks weekend showpiece

The now legendary Yanks are back in Saddleworth event has been cancelled  - on the year of its 20th anniversary.

The decision was announced by Paul ‘Dog Tags’ Higginson, leader of the industrious team who spent painstaking months planning the event which was scheduled for August 7 and 8.

The annual military show and vehicle parade is a centrepiece of 1940’s entertainment and historical displays and takes place in Uppermill and Dobcross where scenes from Yanks, a film starring Richard Gere, were shot in 1979.

Over the years, the weekend established itself as part of Saddleworth Summer events that winds back the clock to the World War Two era.

But in a statement, Mr Higginson said: “After talks with OMBC and team members, the decision as been made to cancel this year's show.

"Confirmed dates are August 13-14 next year in the interest of keeping everyone safe, including the villagers of Uppermill and surrounding areas.

“In true Dunkirk Spirit, we have been working tirelessly over the weeks putting things in place, altering formats, revamping the show layout, altering visitor attractions, and looking at new Health and Safety formats, to cover the pandemic, and meet the ever changing government guidelines.”

But he confessed: “Sadly, it was due to lack of funding why this year's show had to be cancelled.

“We did our very best for the traders to put on and keep your business alive.

"But, alternatively, if traders want to secure their booking at this year's price for next year, this would save you money, due to the price Increases for next year's show.

“We also need some volunteers to help.

"All this will contribute to the success of the show carrying forward each year.

"The show is non-profit making and donations are made to various nominated charities each year.

"We do want to support the village, but would like some help from the businesses of Uppermill in 2022 to stage the show, otherwise we will be in the same position.”

And Mr Higginson advised stallholders and displays to contact him as early as possible regarding bookings.

Last year's Yanks weekend was also cancelled, due to the coronavirus pandemic.