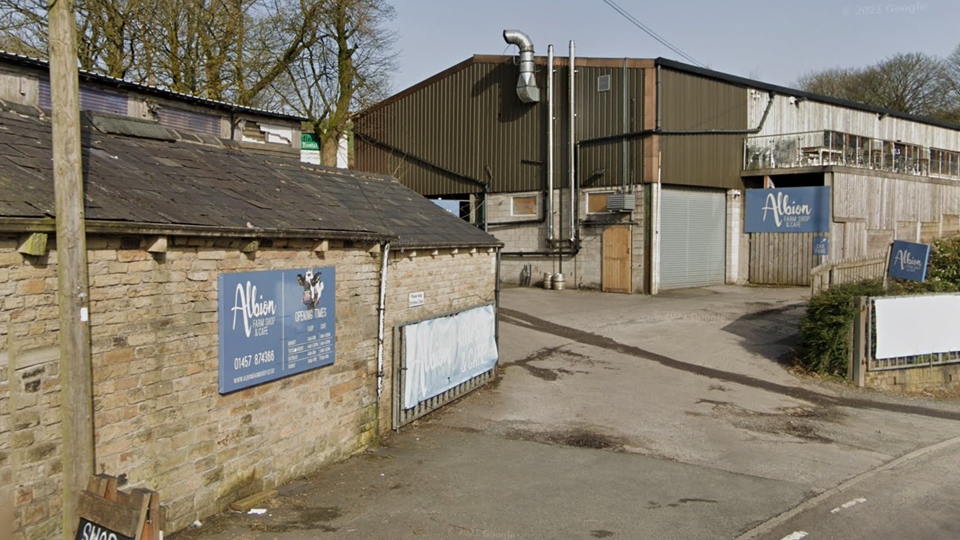 Staff at popular a roadside farm shop were ‘devastated’ when caravans and people refused to move off their car parks.

The confrontation happened at Albion Farm and cafe on the main A62 Huddersfield Road at Delph on Sunday, August 1.

The travellers reportedly intimidated staff and refused to move off the site for 10 days unless they received a payment of £6,000 from the business owners.

A spokesperson for Albion Farm initially appealed for support on social media and a local farmer stepped in to act as security guard at the shop. The vehicles eventually left the site empty handed.

Posting on social media a farm spokesperson said: “Our  staff are also expected to put up with the intimidation and pressure of being forced out of the way at entrances to let the travellers  enter our shop.

“ They have now left, but not before jumping out of their car and grabbing a member of staff by his shirt (completely unprovoked and also unresponsive to them).

“ A large group tried to ram our shop door in while staff and customers stood behind it to keep the door closed, they left bags and bags of rubbish, adult human excrement and children’s nappies.”

Officers were called at approximately 10.05am on Sunday  to a report of anti-social behaviour and an attempt to take a delivery vehicle at Albion Farm Shop.

Police attended and enquiries established a group of approximately fifteen men had attempted to intimidate staff and customers.  The group later dispersed and left the property.

A police spokesperson told me: "We want to reassure residents in Oldham that we are committed to tackling issues involving violence and anti-social behaviour.

“We understand how distressing acts of crime can be and I would like to reassure our local community that we are taking these incidents extremely seriously."

“No arrests have been made and enquiries are ongoing.

“Anyone with information can report it online or by using our LiveChat service online at www.gmp.police.uk quoting incident number 1231 of 01/08/2021.