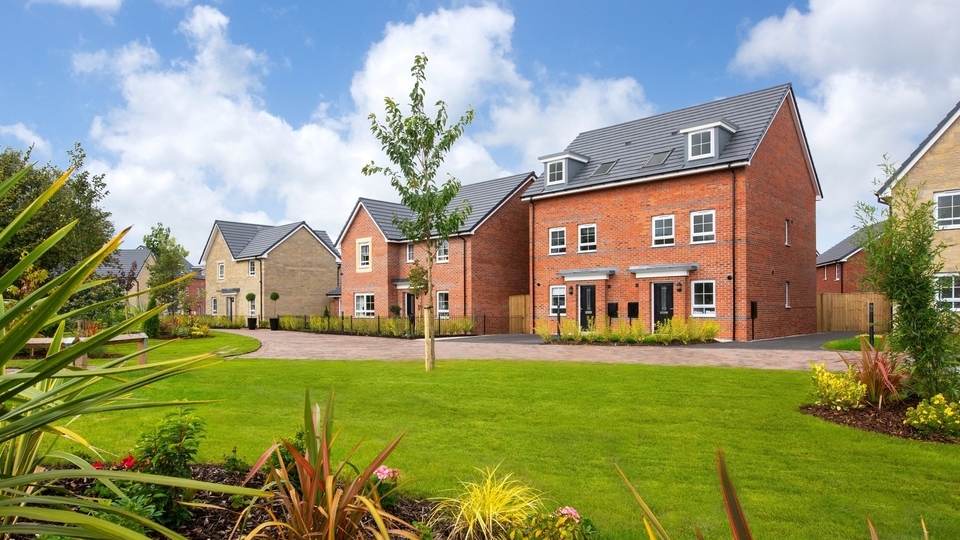 How the proposed Cowm Top development, near Castleton, could look

A developer has revealed plans to build hundreds of homes at a controversial greenfield site.

Barratt Homes has launched a consultation on its proposals for ‘Cowm Top’, in Rochdale, with a view to submitting a full planning application ‘in the near future.

These include a mix of up to 550 ‘family homes’, a new ‘large linear park’ and improved rights of way.

The 50 acre site, in Castleton, has long been part of the contentious plan to create a region-wide blueprint for jobs and homes – first within the Greater Manchester Spatial Framework and now its successor ‘Places for Everyone’ (PfE).

Also known as ‘Trows Farm’, it sits to the south of Cowm Top Business Park and adjoins the existing residential area of Castleton – close to the M62 and A627(M).

While not green belt it is classed as ‘open-protected land’, which council policy says can only be built on if development needs ‘cannot be met within the urban area’.

But while that is set to proceed to the ‘publication stage’ consultation, there is nothing to stop housebuilders preparing and submitting proposals.

Now Barratt Homes is asking for residents’ views on its proposals via an online consultation that went live this week.

In the consultation documents, the developer says it wants to ‘deliver an exciting scheme which will result in significant economic, social and environmental benefits to the local area and community, helping to boost the Castleton area of Rochdale’.

The consultation adds: “This represents a real opportunity to widen housing choice in a suitable and sustainable location, helping to meet the borough’s current and future housing needs on a site long identified for residential development, whilst reducing development pressure on green belt sites (as this site lies outside of the green belt).”

Vehicle access would be off Cowm Top along the northern boundary, with emergency, pedestrian and cycle access off Trows Lane.

The developer also says it will retain all public rights of way, and provide ‘improved linkages’ , with further native trees, hedging and landscaping to complement the proposed housing and existing setting of the site’.

Public open spaces are also proposed throughout the site to ‘create an attractive living environment’.

Barratt Homes says the proposals ‘aim to deliver a scheme that creates a safe sense of place and a well-balanced mixed community’.

Documents add: “This will be achieved by offering a range of different house types and sizes which will reflect the market conditions and local needs at the time of delivery, but with a clear focus on delivering high quality family housing.”

People can have their say by answering an online questionnaire that can be found here: http://cowmtop-castleton.co.uk/how-can-i-have-my-say

Alternatively, residents can email comments or queries to: UKPlanningComment@wsp.com or call  0161 200 9880 (Monday to Friday during office hours).

There will be a further opportunity to provide views directly to Rochdale council once the planning application is submitted.