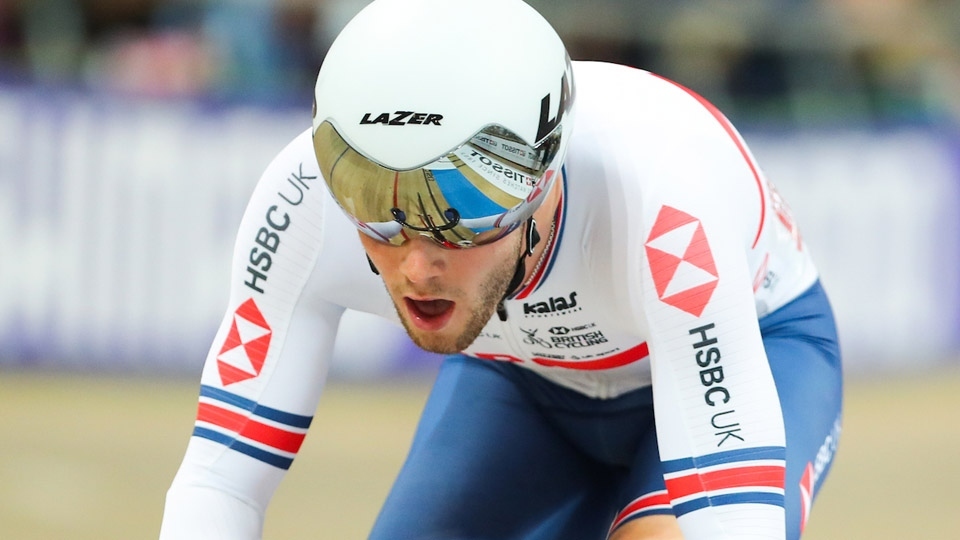 Shaw's Matt Walls pictured at the 2019 Tour of Britain event, when he also represented the Great Britain Cycling team

The plaudits have been pouring in for Oldham's latest Olympic hero, Matt Walls.

Walls added an Olympic medal to his world championship bronze and European title in the event.

"I managed to get a good lead coming into the end. It's been a hard day, but I came into that points race with a bit of a lead and breathing room," he told BBC Sport.

"Thank you to all my family and friends.

"I wouldn't be here without them, especially my parents."

This afternoon (Friday) it appears that Walls' immense achievement finally appears to be sinking in.

He Tweeted: "What a day it’s been!

"Thank you to everyone for an unbelievable amount of support and all the messages!"

"We are very proud of you."

They Tweeted: "Congratulations on your gold medal @wallsey_98

"We are all so proud of you in #Oldham!

Incredibly, Walls' success made it two gold medals at the Olympics for ex Crompton House school pupils, as Stuart Bitthell also won a gold medal in the Sailing event yesterday.

Bithell, aged 34, from Rochdale, and his helm Dylan Fletcher, 33, from Market Harborough, went into the 49er medal race in second place, but finished in first, just ahead of their German rivals, with the lead changing hands throughout the race.

Unsurprisingly, Crompton House School is bursting with collective pride after the drama of yesterday.

A school statement read: "The staff and students of Crompton House are incredibly proud of Oldham and Rochdale’s gold medallists.

"They are both fantastic role models whom we hope will motivate and inspire other young people to follow in their footsteps.

"Both Stuart and Matt have aimed high and their gold medals are a culmination of a huge amount of hard work, commitment and determination.

"We are very proud to know Matt and Stuart and to have had an opportunity to play a small part in their lives.

"They are both great personalities and both have a great sense of humour and were incredibly popular with both staff and students.

"One of our Geography Teacher’s, Mr Hardman, worked out that if Crompton House School was a country then on Thursday morning when Matt won gold it would have would have been 32nd in the medal table, ahead of many other countries including South Africa and Spain.

"Quite an achievement for a state comprehensive!"