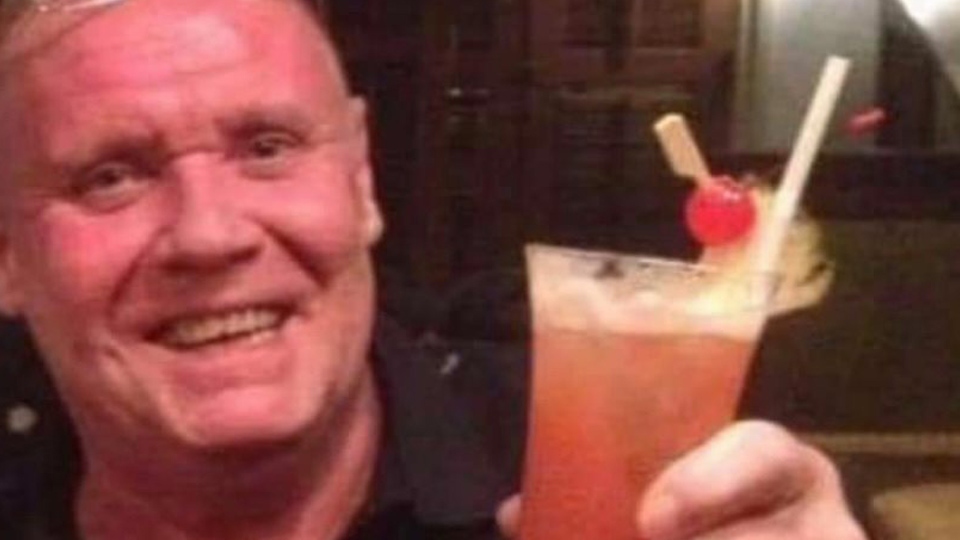 Billy Buck was a hugely popular character in Limeside and beyond

Hundreds of Oldhamers turned out on Tuesday to celebrate the life of one of the town's most popular characters.

William Buckley - known to everyone as Billy Buck - died following a fall on the August bank holiday.  On Tuesday, a service took place at Hollinwood Crematorium where scores of friends, acquaintances and colleagues turned out to pay their requests.

Billy was born in Oldham in 1954, but travelled to Torquay as a teenager for work where he met his future wife, Betty.  They subsequently moved back to Oldham and settled down to married life.  They were married for 49 years.

As a jack-of-all-trades, Billy became known for his building expertise, his house-clearances, booze runs abroad, and selling tobacco in pubs to friends and punters.

Described by one tributer as "the funniest man I've ever met", Billy was often to be found working his way through crosswords in the pub, whilst regaling fellow patrons with stories and jokes.

Billy was no stranger to adversity, having survived a triple heart bypass and throat cancer.  Yet his lively and upbeat personality was enough to endear him to hundreds of locals.

Amongst the stories shared on Facebook is the tale of Billy's Vauxhall Corsa, which contained only one seat.  After purchasing the car, Billy removed all the seats to make more room, and it often contained things he'd taken from house clearances.

Daughter Laura said her dad had a unique skill: "If you thought a mattress, wardrobes and a chest of drawers wouldn't fit into a Corsa, then think again -  they do!  He was very skilled at the art of fitting as much as you can into small spaces, if you ever saw him load a skip, you would think he was playing tetris."

Laura remembers how he turned up at youth club discos when they were teenagers: "He'd turn up to collect us in his rigger boots and work attire. At the time as you can imagine we didn’t think it was that funny until we grew up, but all the other kids were always happy to see him.

He had a pickup truck when we were younger and used to load us all in the back along with half the estate and take us all to Daisy Nook then the Crime View for a carton and a packet of crisps."

Billy's son Will said: "My heart is broken. I can’t believe you have gone. It still doesn’t seem real to me I don’t think it ever will, but I know you will still be with me everyday. Facebook is currently one big giant tribute to you which shows just how loved and missed you are going to be by so many. I don’t think I ever told you this but I am so proud to be able to call you my dad.

"I’m gonna miss you so much dad and I love you more than you will ever imagine!! have one or two up there for me."

Hundreds turned out on Tuesday for Billy's service at Hollinwood Crematorium, which was followed by gatherings at various pubs in the area.  The Britannia on Hollins Road was attended by a huge number of mourners, and a marquee was erected in the pub car park by Billy's family.

Will says the turnout was a testament to his dad.

"I always knew there would be a lot there but when we turned into Roman Road outside the cemetery there were cars parked everywhere,  people just parked whereever they could.  It sent shivers through me and all my hairs stood up.  I couldn’t believe how many were there, even though we knew how popular he was.

"I think it’s because he didn’t judge anyone.  He saw everybody the same and treated everybody the same.   He would help anybody out, he would talk to anybody, and people just loved him. I think he would like to be remembered as what most people would say about him - that he was Oldham’s very own ‘del boy’."