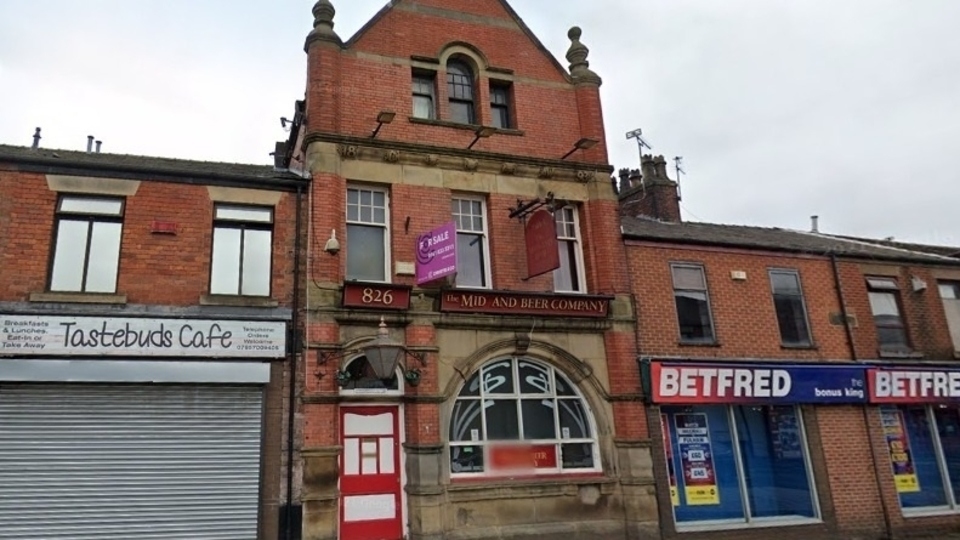 Controversial plans to convert an historic former pub into bedsits have been given the green light – despite overwhelming public opposition.

The old Midland Beer Company, in Castleton, is to be divided up into an 11-bed HMO – house in multiple occupation – after the scheme was passed by Rochdale council’s planning committee.

The 19th century building, on Manchester Road, was originally a bank and is classed as being of Grade I local interest by the local authority.

More than 180 public objections were lodged against the proposals and the application was ‘called up’ by Castleton councillor Billy Sheerin on the grounds it would be ‘detrimental to the planned regeneration of the village’.

Councillor Phil Burke, vice-chairman of the committee, told the Local Democracy Reporting Service he sympathised with the ‘frustrations of local residents’.

Despite the strength of feeling, there were no legitimate planning reasons to refuse the application.

Referring to Coun Sheerin’s representations, Coun Burke continued: “He got quite upset, Billy, he got quite emotional.

“He was trying his best but none of his objections met planning procedures to refuse.”

Coun Burke added: “A couple of residents spoke against it.

"I said unless you can provide a firm objection and can back it up where it’s not going to be overruled by the Planning Inspectorate, we have to let the plans through.”

Representations were made by applicant SJA Rochdale Ltd who stressed the plans would bring an historic building back into use.

“They have a good reputation around the borough,” said Coun Burke.

“They took the Waggon and Horse on – another derelict building – got good residents in and worked with the local authority,” added Coun Burke.

Planning permission was granted by a majority vote on the condition a management plan was put in place.

Coun Burke said he was confident the HMO would be run properly as the the applicant has similar plans in place at other premises in the borough.