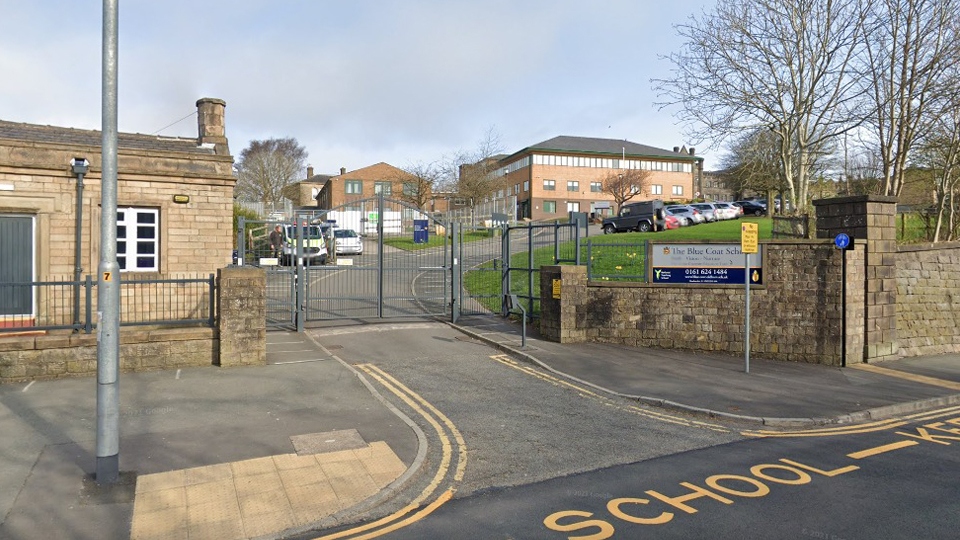 A student at a school in Oldham has tested positive for the Omicron variant of Covid 19.

In a letter to parents and carers, Rob Higgins, the Headteacher of The Blue Coat School confirmed that the pupil had tested positive and that the school was implementing isolation rules for close contacts.

In rules brought in at the end of November, the protocol for dealing with the Covid variant means that all contacts of suspected Omicron cases must self-isolate for ten days, regardless of their age or vaccination status.

It's understood that the school carried out a Track and Trace operation for the days leading up to the positive test result and that a number of other students have been identified as 'close contacts'.  Those now must self-isolate for the regulated ten days.

Whilst the case was identified on Friday 3 December, the school was keen to point out that the delay in notifying parents was due to the length of the tests to identify the variant.

"You will probably question the lengthy gap between the original pupil becoming symptomatic and this letter arriving to inform you that your son or daughter is a close contact.

"This is out of our control and that of Public Health. Although it takes roughly a day to provide the result from a PCR test, it takes a further few days to determine if the positive result is due to the Delta or Omicron variant – hence the delay."

On Wednesday evening, Prime Minister Boris Johnson introduced new measures - 'Plan B' - to to try and slow the spread of the new variant.

Some of the new rules will come into effect on Monday.

The Prime Minister said it had become "increasingly clear" that Omicron was "growing much faster" than the Delta variant and was "spreading rapidly all around the world".

Blue Coat School Headteacher, Rob Higgins told parents that it was a worrying time for parents, but was reassured that the isolation protocols were a precautionary measure.

"This was a scenario we all thought we had moved away from. From conversations with Public Health officials this is a measure that is being introduced as a precaution by the Government as they try to find out more information about this new variant.

"Hopefully this is not something that we will have to get accustomed to once the relevant data about the variant has been analysed.

"Hopefully we will return to close contacts not having to isolate in the new year and our young people will be able to continue in their studies without the threat of further disruption."

A Spokesperson from the Cranmer Education Trust said: "Yesterday we were contacted by Public Health to inform us that further sequencing of a positive PCR test from a student at Blue Coat School, indicated it was likely to have been caused by the Omicron variant. As the Omicron variant is classed as a variant of concern, the rules regarding isolation of close contacts are different.

"Later that evening, Government announced that close contacts of the Omicron variant would no longer need to self-isolate but must complete daily Covid-19 tests instead. We are currently working with Public Health to understand the implications of this new guidance in this instance.

"Students who are self-isolating will receive live lessons at home from their teachers and will be able to return to school on Monday, at the very latest. Hopefully yesterday’s announcement about close contacts of the Omicron variant no longer needing to isolate will mean that our young people will not face any further disruption to their education."

The latest data shows that for the third week in a row, Oldham has an increased Covid rate.  It currently stands at 328 (per 100,000 population), the second lowest in Greater Manchester.

60,837 people on Oldham have been vaccinated with their booster dose.