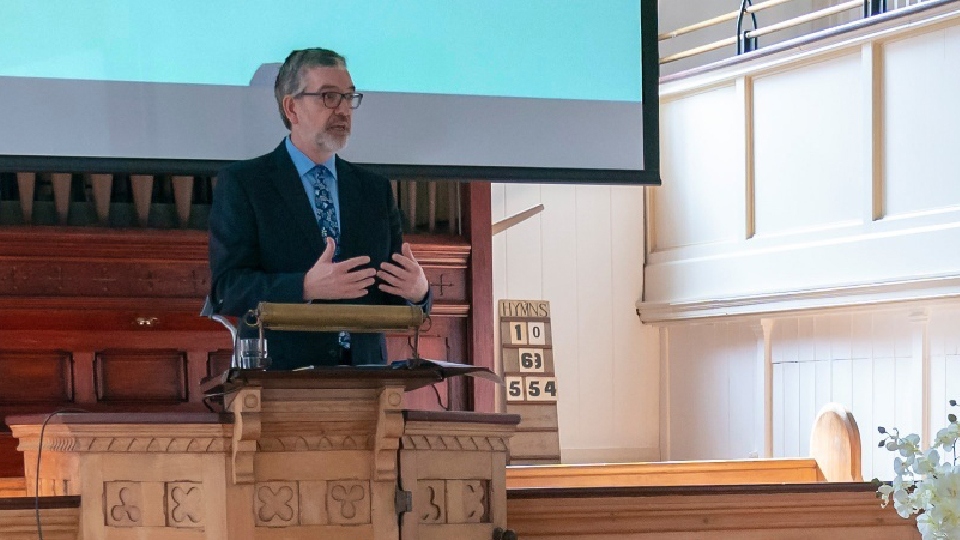 Leaders in Oldham must play ‘the long game’ when planning how to rejuvenate and drive forward its local economy, a review has concluded.

An independent team led by the principal of Oldham College Alun Francis has made a series of recommendations about how the borough can improve its prospects for jobs and opportunities in the years to 2030.

It seeks to develop a vision for the future of Oldham; once a cotton powerhouse during the 19th and 20th centuries which has struggled to establish a new identity away from its industrial past.

This includes breaking the ‘dependence’ on the ‘foundational economy’ of basic services and public sector jobs, which employs around 70pc of the borough’s residents, and attracting more private sector wealth.

“What we can’t promise is that magic solution,” Mr Francis said as the review’s recommendations were unveiled at an event at George Street Chapel.

“But a key theme of this review is that’s what we need to be doing with a clear sense of the end game if we want to collectively make a difference and be bigger than the sum of our parts.”

The findings of the the Oldham Economic Review, which was commissioned by the council last autumn, have been revealed to tie in with the strategies announced within the government’s Levelling Up White Paper earlier this year.

“The single most important challenge is for Oldham to have a clear and sustained view of the ‘long game’,” it states.

“The importance of this is precisely because so many factors will arise which potentially detract, divert or undermine the delivery of long-term change.”

It adds that places like Oldham are ‘hit harder and the damage lasts longer’ following crises such as the economic crash or the pandemic and the borough’s economic resilience is ‘not strong’.

Last year Oldham was rated the seventh worst area in the country for social mobility, with a smaller percentage of its population economically active than the Greater Manchester and England averages.

More than one in four households have a median income of less than £15,000, while youth unemployment is more than twice the English average and wage levels have still not recovered to where they were before the 2008 economic crash.

Oldham has seen a number of major employers closing local sites in recent years, from the decision of BAE to close the Avro site in 2011, costing around 200 jobs, to the more recent closure of Shop Direct which affected around 2,000 employees and agency workers.

“For Oldham, as for many other former industrial towns, the primary challenge is that it has lost its original economic purpose and has not yet found a convincing alternative,” the report adds.

“The key to its long-term future is to be clear about what its economic purpose is, bearing in mind the evolving context in which it operates.”

The board, which is made of an independent panel comprising of academics, experts and senior leaders in their fields, ran the review like a parliamentary committee, hearing from witnesses about different aspects of economic regeneration.

It heard evidence about various aspects of Oldham’s identity, including its business base, education system and relationship with Manchester city centre.

“There is scepticism about some of the ‘spill over’ or ‘trickle out’ effects from city centres and these need to be taken seriously if a new approach to levelling up is going to work and gain public support,” the finished report states.

A central target among them is breaking Oldham’s ‘dependence’ on the ‘foundational economy’, consisting of the public sector, basic services and products, including often poorly paid jobs and services in health, care, education, housing, utilities and food supply.

The review estimates that up to 70pc of all workers in Oldham could be employed in the foundational economy, but to reshape its economic ‘purpose’ new areas of the workforce have to be developed to drive wealth creation.

“While it is important to acknowledge its importance and to improve conditions in this part of the economy, the disproportionate reliance on public sector funding, either through services, grants or central government, as well as on wealth transfers and welfare payments is problematic,” the report states.

“It means that in ‘normal’ times, Oldham is heavily dependent on the public or quasi-public sector for much of its activity, and that changes to public sector funding, often outside of Oldham’s direct control, have a disproportionate impact.”

For the borough to become more resilient to economic shocks it needs to have a strategy to support private sector business and employment, particularly those that ‘create the most wealth and value’.

The review team want Oldham to pilot and adapt the ‘Local Skills Improvement Plan’ model addressing skills supply and demand through a partnership between Greater Manchester Chamber of Commerce and Oldham College.

And it recommends taking a lead in setting targets for adult skills and the ‘levels of investment needed to make the borough competitive in the labour markets of Greater Manchester’.

In terms of businesses, they are calling for a ‘clear strategy’ for productivity and business, which would include manufacturing, business support, enterprise and innovation.

They want to proactively engage with local authorities partnering over the ‘Northern Gateway’, and extend the emerging ‘innovation network’ in Greater Manchester into Oldham town centre.

In terms of how the borough can support civic pride and create a ‘sense of place’, the panel recommend that the council builds on its mill strategy to re-purpose former mills and mill-sites around the borough by demonstrating new technologies and materials.

The review board now wants a new ‘levelling up’ board created, with independent representation, to oversee the delivery of the 2030 vision, reporting back to the council leaders.

And they say they should work with Greater Manchester partners to ensure transparency about the investment of resources and expertise into Oldham and the impact of these on Oldham’s levelling up vision for the next eight years.