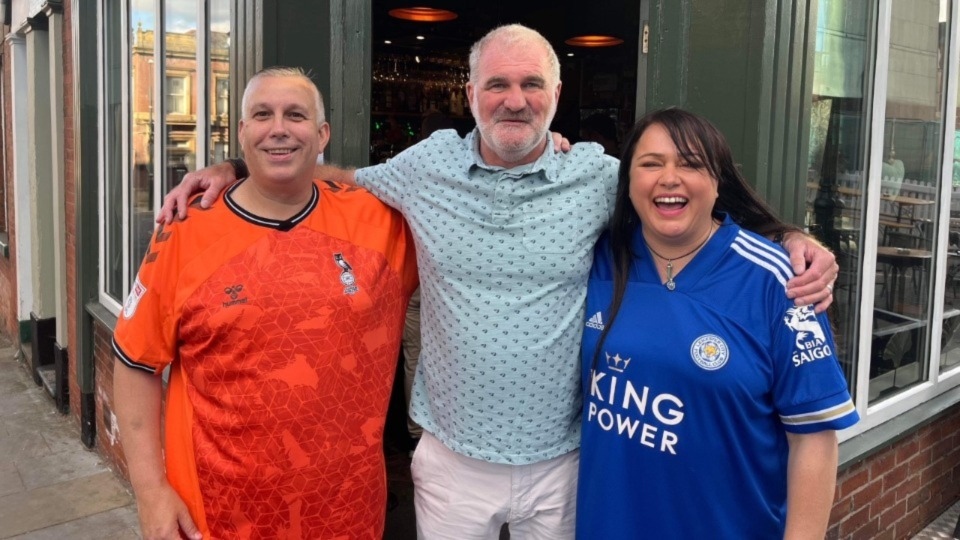 A pub landlord and landlady brought their shared love of football together by hosting an evening with a legend who had played for both their respective favourite clubs.

And the ticket-only audience listened for more than two hours to first hand stories from legend Ian Marshall, who had starring roles as a player at Latics and Leicester City.

The sellout event was held at the CAMRA award-winning Fox and Pine in Greaves Street, Oldham.

Local boy Chris and his Leicester-born wife, Michelle, jointly own the pub and the micro award-winning Cob and Coal in Tommyfield market.

"Our event was quite apt as The Fox and Pine is named after Leicester City and Oldham Athletic, whose original name Pine Villa dates back to 1895.

“Ian was a legend at both clubs.

"He’s a real character and his real life stories and anecdotes went down a storm.”

Liverpool-born Marshall was a top player as a defender and striker for Latics where he scored nearly 50 goals in almost 200 appearances.

He played for Leicester - the Foxes - for four seasons, notching 26 goals in 61 games.