Some of the mess left at New Barn fields

Crompton councillor Dave Murphy has saluted Oldham Council's cleaning team and local residents who helped clean up local playing fields after they were left in a 'disgraceful' state by school leavers.

Local school leavers reportedly ended their year in a 'booze-filled frenzy', after which the Council's Street Cleaning Teams were asked to attend the New Barn playing fields in Shaw on Saturday morning to clean up the mess which was also described as 'sickening'.

Crompton Cllr Murphy said: “I am not one to spoil anybody’s enjoyment, but when that enjoyment affects others, that’s when I get annoyed. 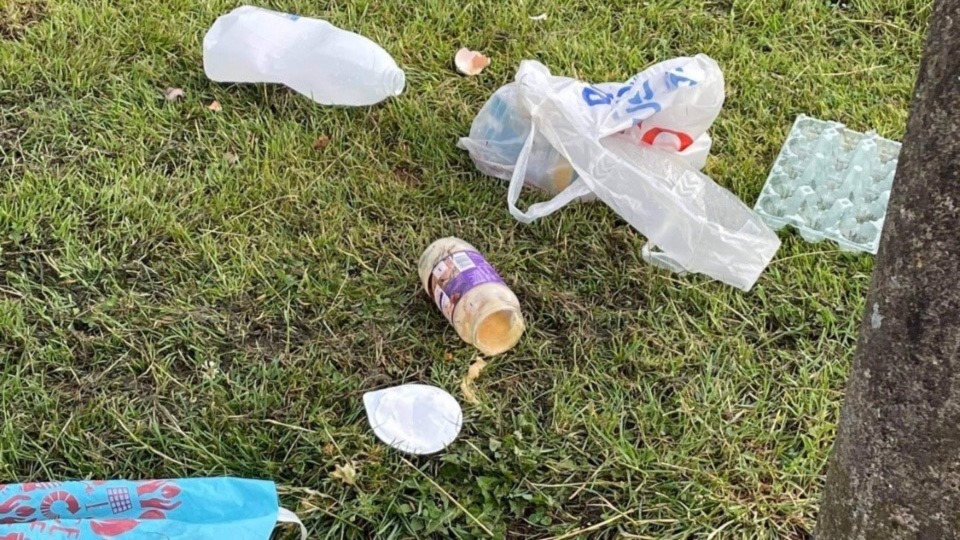 "School leavers had no regard for what their actions had on others, from the residents who live close by who had to put up with the racket till the earlier hours of the morning or the Council cleaning teams who came out to clean the mess up."

Cllr Murphy added: “Thank you to OMBC's cleaning teams and local residents who cleaned up the area.”

Councillors will be writing to the Head Teacher of the school where it is suspected these former pupils attended, informing them of what effects their actions had on the local community.