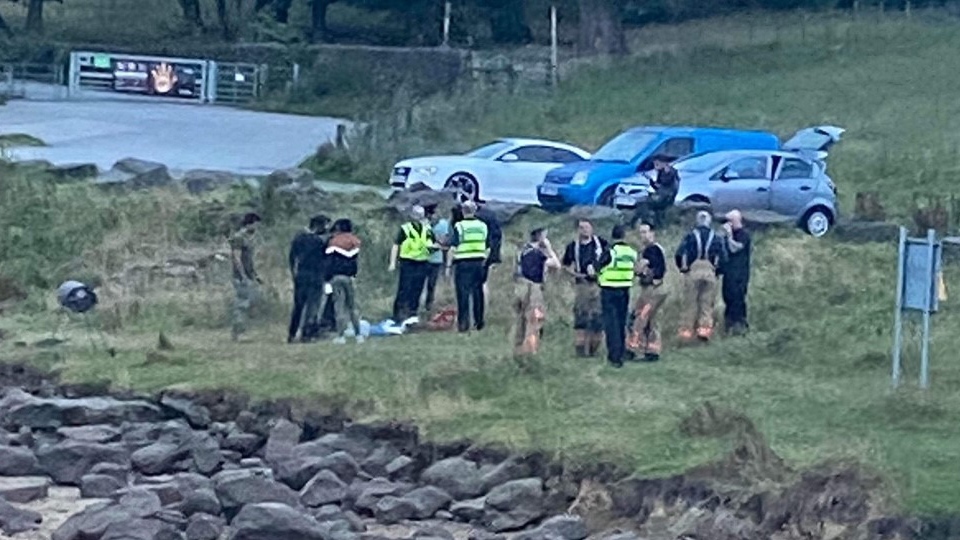 The BBQ can be seen in the left of the picture

These dramatic pictures capture the moment police and firefighters arrived at a popular beauty spot on Friday night to catch a group with a full size barrel barbecue.

They were taken at Dovestone Reservior Greenfield close by signs warning BBQs and fires are banned.

GMP Saddleworth and Lees posted: “Police and GMFRS  attended Dovestones tonight after a report of a group of males with a lit barrel bbq. Eight males have been  spoken to and details recorded for prosecution under the public spaces protection order.”

A Greater Manchester Fire and Rescue Service (GMFRS) spokesperson said: “At 10:42pm on Friday 29 July 2022 one fire engine and a wildfire unit from Mossley fire station attended reports of a fire near Dovestone Reservoir. On arrival firefighters came across members of the public with a BBQ and responded alongside Greater Manchester Police.

“It is disappointing to see BBQs on the moors. They can cause wildfires that spread very quickly and cause lots of damage and destruction. Our advice is clear, never have a barbecue or fire on the moors and always dispose of any rubbish safely.

“Please act responsibly when you’re spending time on the moors, a huge number of firefighters and resources that could be required elsewhere can be needed to control a wildfire. “