You are Here: Home » News » Main News » Hundreds of new homes to be built on old mill site despite fears of ‘over-development’ 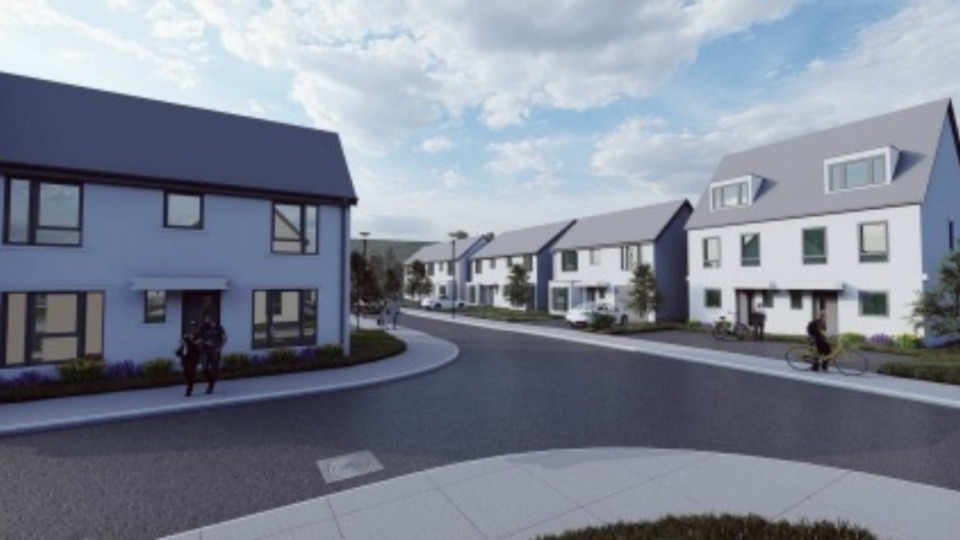 Hundreds of new homes are to be built on the site of a burnt down mill despite fears over congestion, flooding and loss of green space.

Proposals for a 311-home estate, at the former Rex Mill site, in Middleton, were passed by a majority vote at the latest meeting of Rochdale council’s planning committee.

The Kellen Homes development, off Don Street,  will include 45 affordable homes – four specially adapted for disabled people –  as well as 99 ‘built-to-rent’ properties.

The site – which also includes the old British Vita playing fields – is split between two ‘parcels’ either side of the River Irk.

North of the river is earmarked for most of the homes, whilst the southern portion will have a smaller number of properties at a ‘higher density’.

A different developer was granted planning permission for a 303-home scheme in 2017, but the scheme never came to fruition.

Councillors were recommended to approve the latest application on the grounds it would ‘bring into use a stalled site, a large proportion of which is brownfield land’, and make a ‘significant’ contribution to the borough’s housing supply.

Financial contributions coming to more than £1m will also be made towards education, outdoor sports and wildlife and plantlife.

Mark Calvert, land director for Kellen Homes, told the committee it was a ‘complex site’ and it had been ‘very challenging trying to appease all parties while trying to be able to deal with the difficult site constraints’.

But he added: “We now feel, as do [council] officers, that we have achieved the best scheme possible.

"Based on site issues and adopted planning policies, we believe that the planning balance has been struck.”

The plans also include the first part of a future link road with Hilton Fold Lane, while allotments and a new car park will be transferred to the council.

However, residents turned out to voice their concerns over a number of issues they had over the site.

Phillip Schikora told councillors that he did not feel the proposals had been ‘considered appropriately’, noting there had been flooding several times during his two years living nearby..

“That will get even worse with the greenfield site being concreted over,” he said.

Mr Schikora also explained how the green part of the site was an important ‘barrier’ between the urban environment and would be a loss to walkers, dog owners and cyclists.

“There is no other space where people can get out and enjoy nature which I think over lockdown, people appreciated,” he said.

Mr Schikora also raised concerns over future congestion, telling councillors it already took him five minutes to get on to Oldham Road in the morning.

He added:  “Imagine when there’s going to be 300 every morning trying to access that road.”

Tim Simpson, of Grade II-listed Scowcroft Farm, said his main issue was access from Oldham Road to his property and seven others nearby during the development

The proposals included plans to close a lane through the farm and redirect people through the application site during the construction phase.

“They came up with a diversion on to Don Street and from where I’m starting from, that isn’t feasible,” he said, adding that access should be left open to Oldham Road.

“There are seven properties that need 24/7 access, that’s my main issue.

"We just feel so small compared to the developer.

"They have all the answers we just feel so feeble and not listened to, in all fairness.”

Mr Simpson also questioned why no action had been taken against Kellen Homes for cutting down trees without permission – something the developer claimed was due to ‘inexperience’.

“I just wish there had been a more friendly approach [from the developer] and more talks – a good neighbour,” he added.

Coun Phil Burke backed the proposals, noting that it was a largely brownfield site and the borough was ‘crying out’ for new housing in and around Middleton.

But he also urged the applicant to do more – particularly to ensure residents retained access to their homes at all times during the construction phase.

“I think this is a very good application being made to the council for properties being built, as long as the applicant listens to the concerns of residents,” he said.

But Councillor Irene Davidson sided with objectors, telling the meeting she felt it was ‘over-development’ of the site.

“People have a right to access their homes and people cannot be run roughshod over.”

Coun Burke moved that the application be granted provided  residents maintain access to their properties at all times and the developer works closely with the locals and ward councillors.

The committee was unable to set a further condition on replacing lost trees as the councill had already reached and agreement with the developer.

This includes planting 550 new trees on site, along with 60 bird boxes and 30 bat boxes on site.

The applicant will also make as a financial contribution of £91,650 towards plantlife and wildlife habitat offsite.

The application was passed by seven votes to five.