You are Here: Home » News » Main News » Doubt over future of devolution despite positive meetings with ministers

Doubt over future of devolution despite positive meetings with ministers 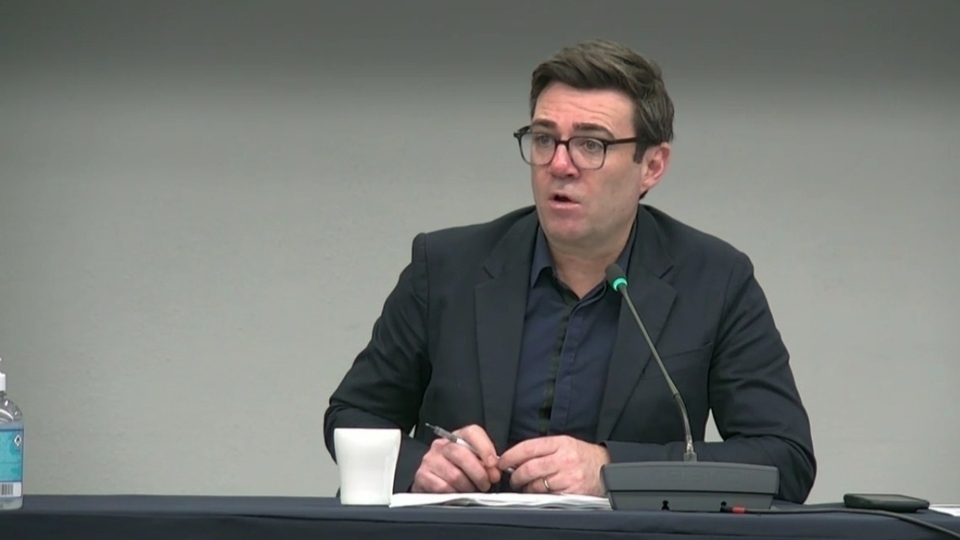 Negotiations over giving Greater Manchester more powers are going well, but there is ‘some doubt’ about the future of devolution, Andy Burnham has said.

Local leaders were told of encouraging ‘noises’ from Treasury officials as the city-region bids to get full control of funding like that of Scotland and Wales.

The mayor also spoke of ‘very positive’ meetings with ministers and senior civil servants about post-16 skills and technical education being run locally.

However, as the Conservative leadership contest continues this summer, there is some uncertainty as to what the next Prime Minister’s government will do.

It comes after a series of ministers quit Boris Johnson’s government, putting different politicians in power until a new Tory leader is selected in September.

Mr Burnham told council leaders at a meeting that he has since had a ‘positive’ meeting with the new Levelling Up Secretary Greg Clark.

He also described a meeting with the top civil servant at the Department for Education this week about post-16 skills as ‘the most positive meeting’ so far.

He said: “There is some doubt,  as to the status of this negotiation as we sit here today, but it has progressed to a point where there is a high degree of alignment between ourselves and the West Midlands – who are the two areas that have been given an opportunity to have a deepening of devolution powers – and also with the various government departments.”

The mayor also told leaders about a ‘very good’ meeting the 10 English metro mayors had with the business secretary Kwasi Kwarteng.

At the meeting, the mayors told government minister that the next Prime Minister should get behind the plans their combined authorities already have.

Mr Burnham also spoke of progress in the current Conservative leadership election in which candidates have made more commitments to levelling up.

He added: “There is progress with the current leadership election where levelling up has begun to feature a little bit more in terms of the commitments from the candidates. So we hope that there will be something to work with there."

Greater Manchester Combined Authority (GMCA) chief executive Eamonn Boylan said the conversations with officials have been ‘of a positive nature’.

He said the Department for Education meeting was, ‘the most positive response I’ve ever experienced in my time negotiating devolution deals’.

And he said the ‘positive response’ to Greater Manchester’s calls for a more simplified, streamlined approach to funding was ‘very, very encouraging’.

How far the city-region will get with its request for a single block grant or settlement, similar to those Scotland and Wales receive, remains to be seen.

But he said the ‘noises’ from officials have been ‘very positive’ so far.

The ‘trailblazer’ devolution talks are due to continue throughout the summer.