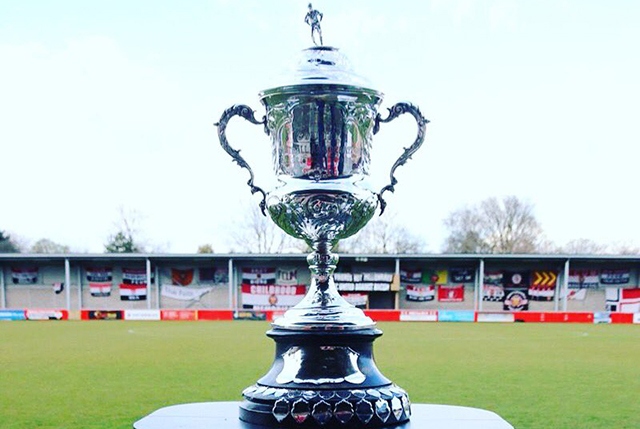 Avro can secure their first piece of silverware since the club’s relocation to the Vestacare Stadium this Friday evening when they travel to Hyde United’s Ewen Fields stadium to take on East Manchester FC in the final of the Manchester FA Saturday Challenge Trophy.

The Blues, who were previously based at the Lancaster Club on Broadway, have endured a season to remember under co-managers Lee O’Brien and James Hampson following the club’s move in mid-2017.

Despite the side’s progress this season, a tough test awaits in Friday’s showdown when Avro face the holders of the Challenge Trophy in the form of East Manchester.

The Gorton based outfit swept aside Wythenshawe Town 4-0 in last year’s final and Avro will be fully aware of the numerous threats their opponents pose.

In addition to their record in the Trophy, East Manchester held Avro to a 1-1 draw at the Vestacare back in October in what is the solitary occasion Avro have failed to secure maximum points all season.

In the last round of the competition, a hat-trick from former Bolton Wanderers attacker Louis Potts ensured Avro cruised past Heyside 3-0 to secure a place in the final of Manchester FA’s second highest senior tournament.

East Manchester meanwhile, tipped Curzon Ashton Reserves to earn a place in the showpiece final after triumphing The Nash 4-2 in a nail-biting penalty shootout, following a 2-2 draw.

Speaking ahead of the tie, joint-boss Hampson said: “It’s a massive final on Friday, East Manchester are the only blip on our unblemished record this season.

“All the players and staff are truly focused and motivated to be successful.”

Admission prices for the Challenge Trophy final are: £4 adults, £2 concessions and £1 juniors.