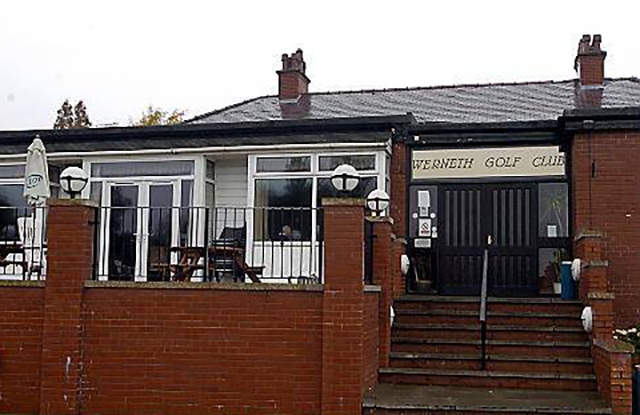 Jon Cheetham took the professional honours in the 10th Werneth Pro-am with a five-under 63.

Cheetham recorded four birdies and an eagle two at the 12th with his only blemish being a bogey at the 13th for a two-shot victory in the 20-team field of the event that was first played in 2009 when the Garden Suburb club celebrated its centenary.

Runner-up was David Shacklady, a profilic winner on the PGA Lancashire pro-am circuit and beyond and who is now splitting his time between local golf and making an impact on the European Seniors circuit.

Shacklady made five birdies but added two bogeys, one of those at the short par-4 seventh that was easily drivable in the scorching conditions.

In the team event, club secretary John Barlow enjoyed success with son Andy and club member Ian Hartley as the trio carried the Marston's Brewery banner to victory with a 91 points return.

That 19 better than par score was matched with the Roomaster team of James Buckley, Gary Simpson and Ben Simpson, but they missed out on a card play-off.

Meanwhile, new member Les Owen is already a major winner at Werneth after a four-shot victory in the Vice Captain's prize played over two consecutive weekends.

And when he added  82-20-64 at the weekend - including a chip-in birdie at the 17th - he proved to be the only player able to break par on both days that were red hot weather but not for the scoring.

First-round leader Kevin Tickle (18 handicap) could only add a two-over 70 to his opening 60 but that was enough for the runner's up prize ahead of Steve Lynch, whose 70-10-60 was the best of day two and earned his a divisional prize.

Lee Rowbotham claimed the best gross return with a 139 total after rounds of 68 and 71.

Kennedy had served notice of his good form when he was only beaten on a card play-off by Chris Greaves when both shot 41 points in the midweek single Stableford.