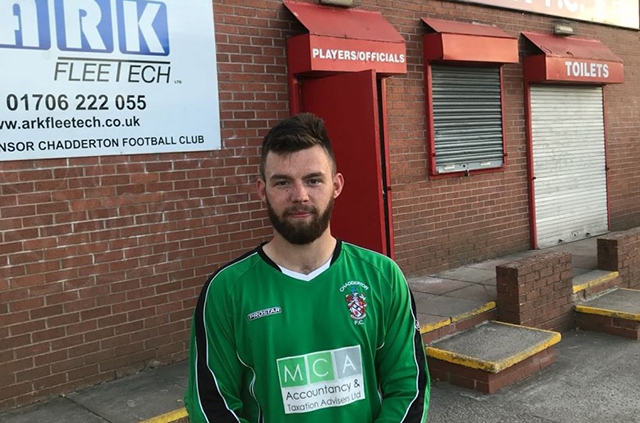 After a string of impressive performances for Central throughout the last campaign, Fish pounced to secure the services of the sought-after youngster.

The 20-year-old was an ever-present last season, starting all 32 games as Paul McGuire's side finished second in the First Division to secure promotion, and they lifted the Murray Trophy following a stunning victory over Tintwistle Athletic in the final at Ewen Fields.

After recently being released by the League Two outfit, Fish fought off a number of interested parties to obtain the acquisition of the talented Umba.

The 16-year-old is a versatile player who is capable of filling the void on the left-hand side of midfield and at left back, as a second striker, or as a central midfielder.

Dewar, aged 20, is an energetic midfield player who has been at the club for a couple of seasons having shone for Chaddy’s Elite Development Squad.

After an impressive campaign with the club's youngsters, Fish has opted to reward the former Stalybridge Celtic man with an opportunity to sign first-team forms.

The manager said: "Kenan has been around the club for a while and has looked good in pre-season.

“He is a big, strong, combative midfielder who can also play.

“His versatility will also be a positive.

“He looks ready to make the step up to the North West Counties League and will have the chance in pre-season to stake a claim."