You are Here: Home » News » Local Sport » Sunday football will continue in Oldham

Sunday football will continue in Oldham 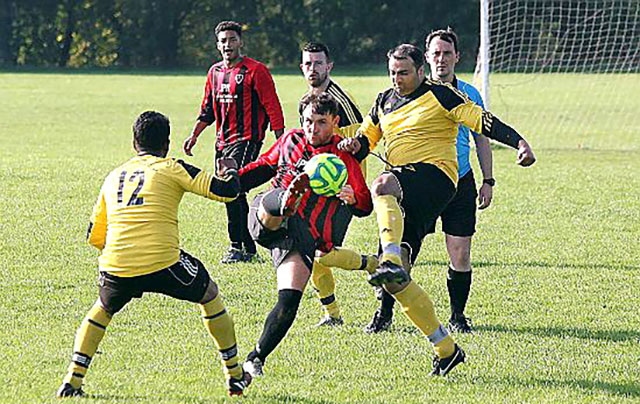 The Oldham Sunday League has been running for 51 years

The Oldham Sunday Football League has been saved and will continue into the forthcoming 2018/19 season.

Following talks with representatives from the neighbouring Hyde Sunday League, both competitions have now agreed to merge and the new competition will be called the Hyde, Oldham and District Sunday League.

Vice-chairman of the now former Oldham Sunday League, Steve Diggle, told the Chronicle: “We hope that this expansion and a move to morning football will bring back teams from the local area who have been playing their football further afield.

“We are now accepting applications from teams in Rochdale, Oldham, Hyde, Tameside and the East Manchester areas, with the offer of no league fees, no cup fees and £50 off clubs affiliation fees.

“In addition to this we have also managed to gain funding for individual clubs from the Manchester Football Association for clubs in our new league.”

The OSL had issued an urgent plea to local footballers in a bid to save the 51-year-old competition from extinction.

Formed in 1967 as the Woodhouses and District Football League, the Oldham Sunday League [OSL] has played an integral part in the development of the town’s amateur and grassroots football scene.

Despite celebrating its 50th anniversary just last year, the committee had threatened that it may be forced to close following a significant reduction in participating clubs ahead of next season.

In 1997, the OSL boasted five divisions with an astounding 53 member clubs.

Fast forward 20 years, and a mere 16 teams competed across two divisions throughout the recent 2017/2018 season - a record low for the competition.

Alternatively, further details can be found on the Oldham Sunday League website: www.oldhamsundayleague.com.