You are Here: Home » News » Local Sport » Kashmir have the upper hand on opening day

Kashmir have the upper hand on opening day 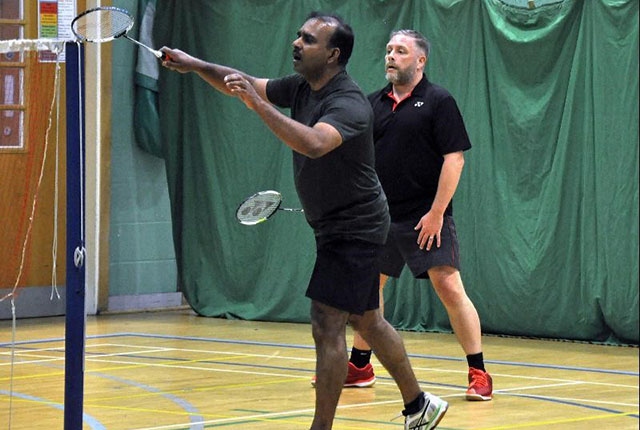 Bijoy John and Paul Clegg in action for Kingsway Phoenix 'A'

It was derby day in the opening round of fixtures in the new ORBL badminton league season.

In the First Division Kashmir 'A' and Oldham 'B' played at Kashmir's home venue of the Radclyffe School, Chadderton.

Both captains played well – Kashmir's Annees Rehman and Oldham 'B's Munanar Hussan, while there was a strong showing from Oldham 'B's third pairing of Anisur Rahman and Yusuf Kamali against Kashmir 'A's first pairing of Kamran Ramzan and Nabeel Rehman.

The final score of Kashmir 'A' 10 games against Oldham 'B's eight games could have gone either way, but probably the best team on the night won.

Although both sides played well, Kashmir 'C' cruised to a 16 points to two victory.

The score reflects the difference in standard, although most of the matches were well fought.