You are Here: Home » News » Local Sport » Explosive end of 2018 in prospect for Heffron

Explosive end of 2018 in prospect for Heffron 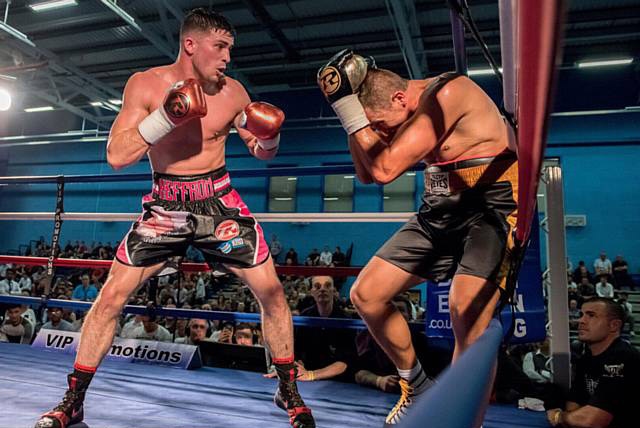 Unbeaten Oldham fighter Mark Heffron is already gearing up for what promises to be the biggest night of his professional boxing career later this year when he is set to challenge for the British middleweight title.

Heffron, now unbeaten in 20 fights in the paid ranks, is already the WBC International Silver champion after he stopped Andrew Robinson in style in June.

He faces a ‘warm-up’ fight this Saturday at Leicester’s Morningside Arena against an as-yet unnamed opponent, but then all attention will turn to trying to wrestle the prestigious British title from Jason Welborn after big-time promoter Frank Warren won purse bids to stage the contest.

He said: “Welborn is pretty one-dimensional, comes forward, looks solid and it is a fight I cannot wait to happen.

“I am definitely the bigger, stronger fighter and if he wants to come and meet me in the centre of the ring he’ll realise I’m strong.”

“I have been a long time waiting for this chance so I am absolutely buzzing. I couldn’t be more ready.

“I have spent time boxing on small shows and now this fight will put me on Frank’s big TV shows.

“I’m hoping it is going to be on the Josh Warrington-Carl Frampton card in December.

“Fighting on small hall shows and being down the bill on bigger shows has been a great experience and done me good.”

After leaving Ricky Hatton in Hyde, he has now linked up with Rob Rimmer at the Phoenix Camp in nearby Denton.

Ironically, the Denton base was one of Heffron’s first a decade ago.

Back then he sparred with the likes of Anthony Crolla and John Murray, and now he’s clearly happy to be back at the Heaton Street headquarters.

“Everything is going good for me now.

“Robert ticks all the boxes in terms of what I was looking for.