You are Here: Home » News » Local Sport » Timperley hang on to defeat Oldham

Timperley hang on to defeat Oldham 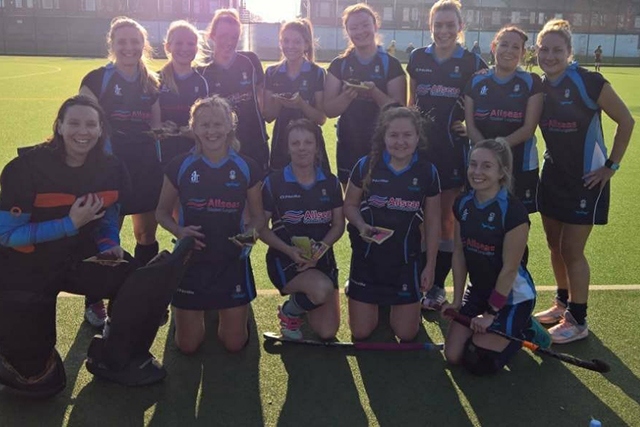 Hosts Timperley took an early two-goal lead, while at the other end of the pitch, Gillian Jones just missed at the far post from a cross from Rachael Johnson, and Louise Howard-Sandy failed to convert a one-on-one with the skilled Timperley ‘keeper.

Timperley ‘s penalty corner was saved illegally off the line by Oldham’s captain, and the resulting penalty flick trickled in.

Oldham’s midfield finally got into their passing and goals from Karen Rowley and Jade White made it a nervous last five minutes for Timperley, but they held on to win 3-2.

After a satisfying victory the previous weekend, captain Lisa Meanock’s side were feeling confident.

However, Manchester Uni proved themselves to be formidable opponents.

Oldham were simply outclassed and it was 4-1 to the visitors by half time.

The Uni players demonstrated superior skills in their attacking D and Fran Barlow’s cool finish just wasn’t enough to even the score.

The second half showed some improvement from Oldham, with just one goal conceded, but the damage was done and the hosts could not penetrate the Uni back line again, despite some impressive efforts from Rachel Cherryholme.

There was a hat-trick each from Will Mather and Jim Talbot, with one from Ellis Barnes.

Donna Tindall and Sarah Lord held the back line steady.