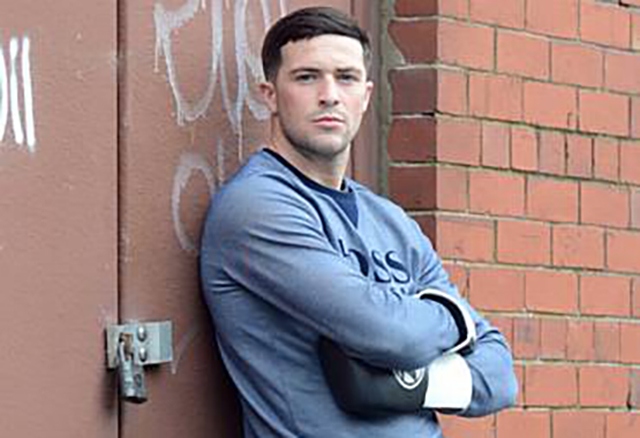 There was disappointment for Oldham’s Mark Heffron on Saturday night as he slipped to defeat against Liam Williams in his eagerly-anticipated British middleweight title fight at the Manchester Arena.

Heffron (27) suffered his first loss in 22 fights in the paid ranks as Welshman Williams – 2014 conqueror of Mark’s brother Ronnie Heffron – roared to a 10th round stoppage victory.

Heffron later Tweeted: “Tonight wasn’t my night - you win some and you lose some.

“We clashed heads early in the fight and I just wasn’t right after that, but no excuses, Liam was the better man – congratulations.”

Heffron – backed by a terrific Oldham army of fans - was barely in the fight as ‘The Machine’ Williams stopped him to claim the prestigious British title belt.

The fight, which had bad blood attached to it in the build-up, came as part of the supporting cast to Josh Warrington’s successful retention of his IBF featherweight world title against former two-weight king Carl Frampton.

Williams, who has now registered three early finishes since a pair of defeats at the hands of Liverpool’s Liam Smith last year, won pretty much every second of every round, with ‘Kid Dynamite’ failing to stamp his authority on the fight at any point.

And after a sustained barrage of shots and pressure, referee Howard Foster had seen enough and called a halt to proceedings after one minute and 55 seconds of the 10th round.

Heffron, under trainer Robert Rimmer, will have to go back to the drawing board after losing his undefeated record and slipping to 21-1.