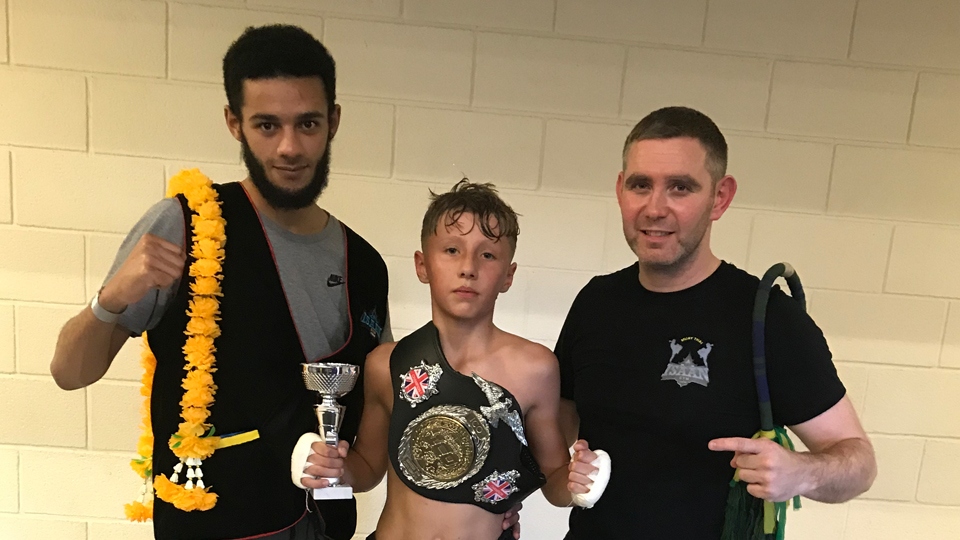 On Saturday 24th August, Tommy Lowe fought at the Doncaster Dome on the science of 8 promotion.

13-year old Tommy Lowe is a North Chadderton pupil from Greenacres and fights out of Isaan Muaythai training centre in Oldham.

He fought the talented Henry Welsh from the world famous Bad Company gym in Leeds.

Tommy who is the current UK number one, won his fight via unanimous decision and now adds the ICO British Title to his collection.

Head Coach Stephen Donnelly said,  "This was a fantastic fight-super skills shown by both boxers.

"I am hugely proud of Tommy. He’s achieved huge things since joining the isaan stable.

"This is his Second year at UK number one, his fourth British title and fourteenth belt."