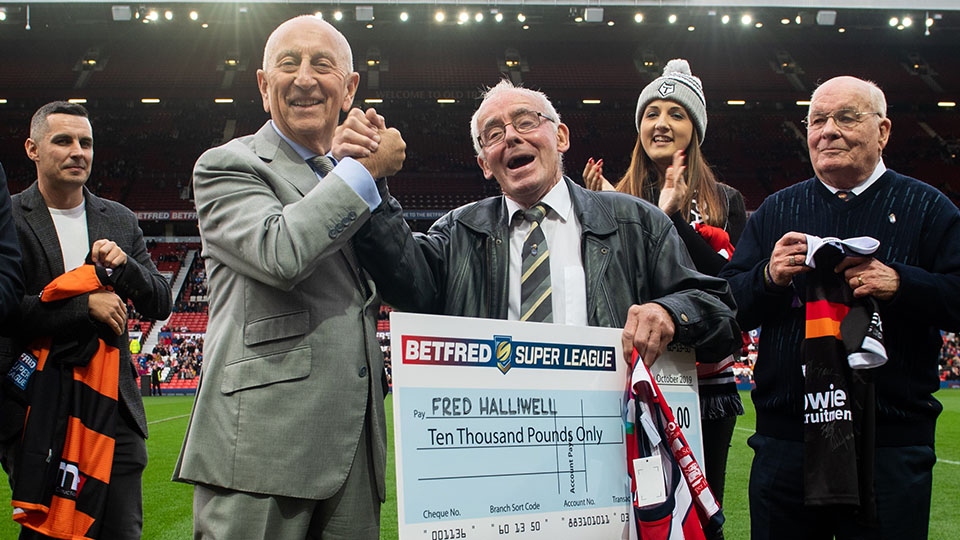 Local rugby league fanatic Fred Halliwell has won £10,000 after being named Betfred Rugby League Super Fan of the Year, only a few weeks after celebrating his 80th birthday.

The man who has kept Hollinwood ARLFC going for years beat nine other finalists to pick uo the award and the cheque from Betfred boss Fred Done.

Fred has promised to donate half his prize money to his beloved Hollinwood club, to which he has devoted much of his life.