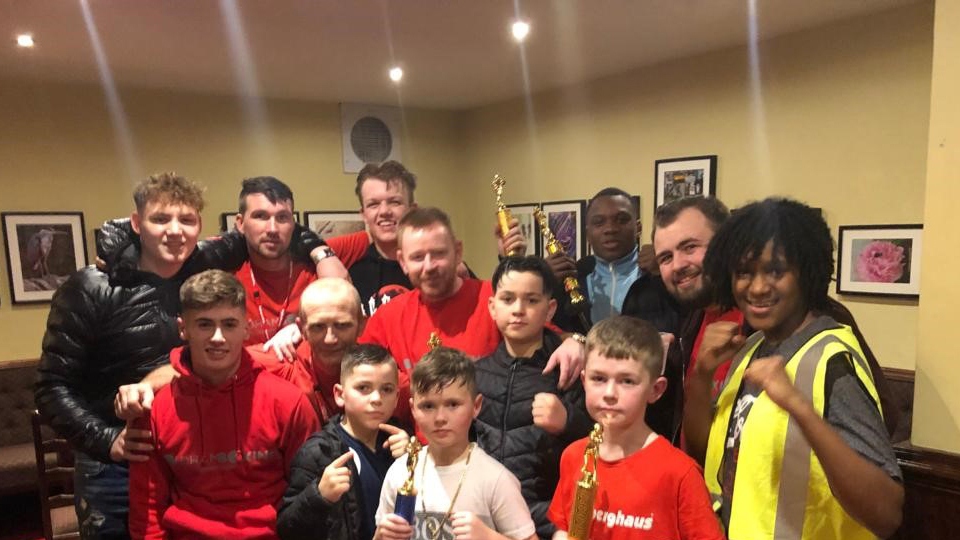 Some of Oldham's boxers after their successful bouts

Boxers from Oldham Boxing and Personal Development Centre took part in the “Stronger Together” boxing event which was held at the Uppermill Civic Hall last Saturday (23rd November).

A venue which as a rich history for hosting amateur boxing in the town of Oldham but had not hosted an event for over thirty years but the event put on by Oldham Boxing And Personal Development Centre was well worth waiting for.

The Mayor’s consort  Adrian Alexander and Councillor Steve Hewitt were in attendance with the Mayor Ginny Alexander unable to attend through illness.

First up, was Oldhams Bernie Mongan who despite his diminutive size outboxed and outfoxed his taller opponent Cian Magee of Shinnys A.B.C.This young man has a great future in the sport.

Next up, for Oldham was Umar Ahmed who overcame Jenson Patte of Stubby's ABC in what was a frantic contest with Ahmed exhibiting some sublime slinky boxing moves throughout the contest.

Jim Mongan from Oldham continued in the same vein in his match by overcoming Jack Hill of Team Kaobon A.B.C.

The next Oldham boxer up was  Daniel Mcdonagh who constantly forced the pace with success against his taller opponent  Fahad Mehoob of Stubby’s.

Arguably one of the fights of the night was Oldhams Gerry Mcbride who was pitted against Lee Scanlon of Tyldesley Centurions.

Who despite taking lots of punishment was relentless in his pursuit of the fleet-footed Mcbride who in many ways boxes like Oldhams GB Boxing Star Will Cawley.

Next up for Oldham was Saddleworths Jacob Birtles who took on the Harrison Booth of Kendal. In only his second contest Birtles exhibited maturity and technical nous in the way he adapted to Booths awkward southpaw stance. So much so that by the second round Birtles was dominating his opponent so much that the referee called a halt to the contest. 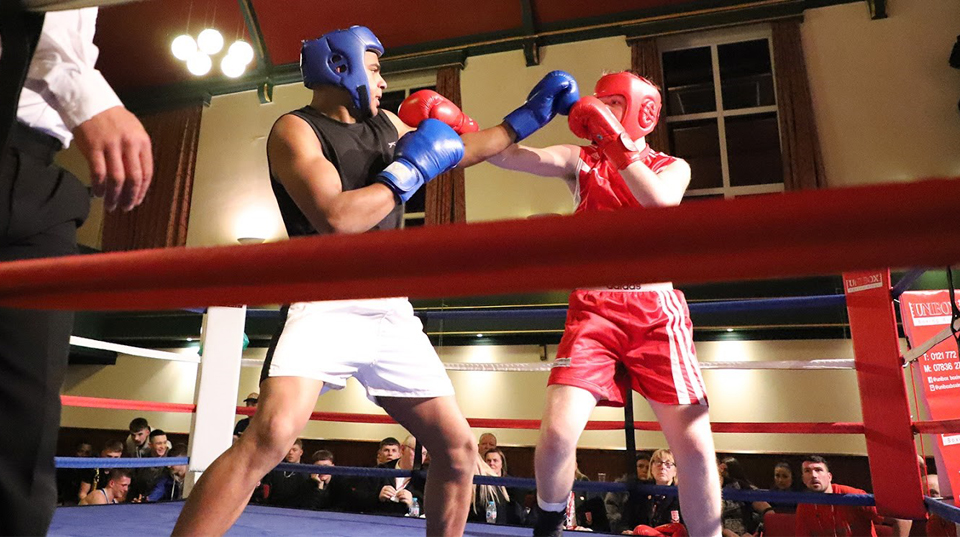 Another contest which had the potential for about of the night was Oldham and Saddleworth born George Taylor who was up against the muscle-bound and athletic David Lewis of Kendal A.B.C.

Taylor making his debut started nervously against his much more confident foe but this did not last long as Taylor’s confidence grew his hold on the contest also did.

Out of his southpaw stance, the debutant punished his opponent relentlessly with volleys of punches.

In the end, the referee had to step in and save the Kendal boxer from shipping more punishment.

The final contest of the night was between Oldhams Toby “TNT” Onafuye and Dylan Threlfall of Team Kaobon A.B.C.TNT from the first bell set about his opponent like a swirling dervish, his opponent did well to withstand the storm of punches TNT unleashed upon him.

His opponent was given two standing counts and was somewhat fortunate to see the final bell.

The crowd left the event thoroughly entertained and will not have to wait long for the next event as Oldham Boxing And Personal Development Centre will be hosting further shows in the New Year.