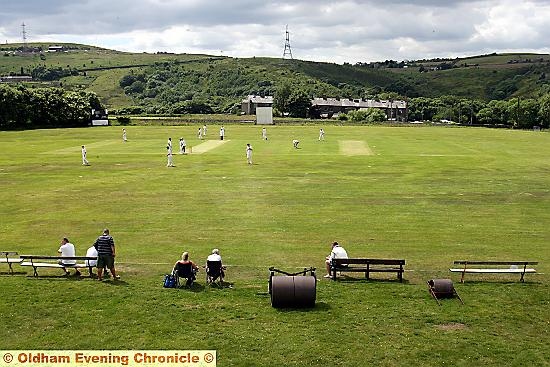 Friarmere Cricket Club have been playing the game since 1864.

It might be cold and frosty outside but for one Oldham cricket club the excitement can now start to build after it was announced they’ll be going in search of runs and wickets in the Halifax Sunday League in 2021.

The competition will have a record 28 teams competing in 2021 with the addition of Crossflatts CC and Friarmere CC to its ranks.

Whilst the League is anticipating that some Covid-19 restrictions will still apply for recreational cricket a full season is already planned and that is boosted by the addition of the two new clubs.

Crossflatts, formed in 1905, is based in Bingley at Ryshworth Park. Its Saturday teams play in the Craven League with previous seasons spent in the West Bradford, Airedale & Wharfedale and Bradford Central leagues.

Friarmere, playing at West View, Delph. near Oldham, was established in 1864 and its long history includes participation in the Huddersfield and Saddleworth leagues and currently the Greater Manchester League.

Both clubs, enjoying excellent facilities, will further enhance the Halifax League’s Sunday section, formed in 1985, which is recognised as the foremost Sunday league in Yorkshire.

Its area covers nearly 700 square miles of West Yorkshire and will now include eleven clubs that play Saturday cricket in a different league – a massive compliment to its administration, competiveness and variety.