You are Here: Home » News » Local Sport » From a service station to a sporting dream come true - Hannah is our rising netball star 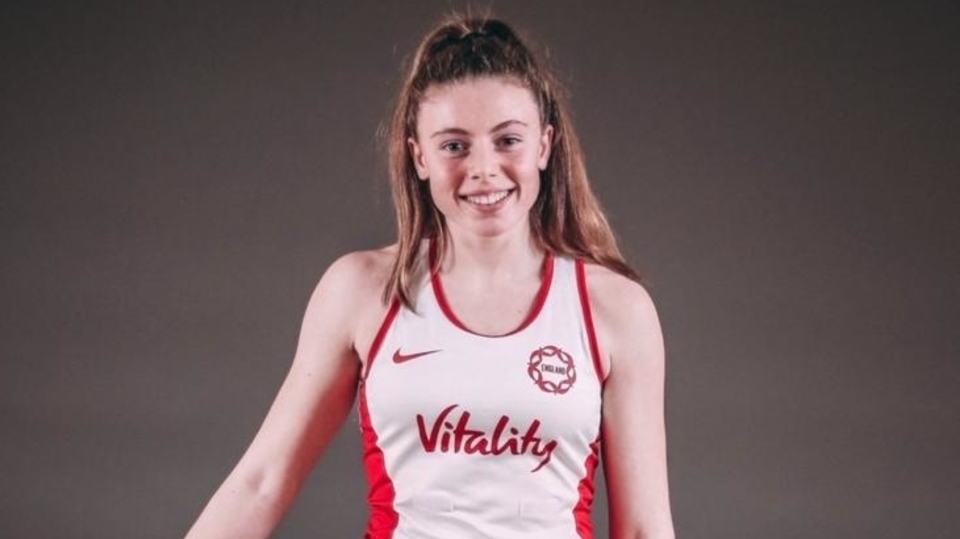 Service stations are not typically the place for momentous occasions, but for rising netball star Hannah Diamond, it was where her sporting dream came true.

Diamond, from Saddleworth, was travelling back from England Netball trials when she got the email to tell her of selection to the Roses Academy.

Her selection for the trials were a joyous moment and jubilant Diamond, aged 17, said: “It was after the NPL [Netball Performance League] tournament in 2019, and I was actually on holiday and we went to Croatia.

“Me and my sister were in our hotel room and my mum and dad were in theirs and then my dad rang me and said: ‘You need to come in here now’ because he'd got an email saying that I'd been selected.

“Then you go to the trial and you do the week, and then on the way home from the week, they sent another email.

“We were in the service station, and they send out a long list of names and I was looking through all the names searching for mine.

“I saw my name and I just burst out crying and I was just so happy because it's always been a dream of mine to play for England."

Diamond took up netball having been involved in a Netball in the Community scheme, before progressing on to Oldham Netball Club and now playing for four-time Netball Superleague winners Manchester Thunder’s junior team.

A partnership between SportsAid and Wall’s Pastry’s partnership has helped fuel her burgeoning sporting journey, with an innovative on-pack Wall’s promotion giving consumers a chance to win a handful of money-can’t-buy experiences.

The on-pack promotion launched earlier this month and involves 50p from every pack sold going towards supporting the next generation of SportsAid stars.

The vital funding goes towards travel and equipment costs for young athletes and Diamond doesn’t have to look far for inspiration among SportsAid alumni, with Jessica Ennis-Hill among those to have benefitted from similar programmes in the past.

Diamond is excited about the growth netball has undergone since England soared to 2018 Commonwealth Games gold and hailed the influence of big names she has seen around her clubs.

“A lot of the Manchester Thunder players, when I was younger at Oldham, used to play for Oldham,” she added.

“I would see them at training and I used to go to watch the Thunder as well when I was young.

“A lot of the players that used to play for Thunder like Kerry Almond and Krista Enziano and Helen Housby - they all inspired me.

“It is so good at Thunder, it just feels like everyone's one big family throughout all the teams, and you feel so much pride when you play in for Thunder because it's your local area and you're playing with all your friends.

“Obviously with Tracey [Neville] back, she is a big star now, isn't she?

"It's crazy how she's coached England to a Commonwealth gold and now she is back at Thunder.”

* Wall's Pastry is proud to be championing the next generation of UK athletes.

For more information about Wall’s Pastry or the on-pack promotion, please visit: www.walls-pastry.co.uk/