You are Here: Home » News » Local Sport » Beech speeds into the points at Cadwell Park

Beech speeds into the points at Cadwell Park 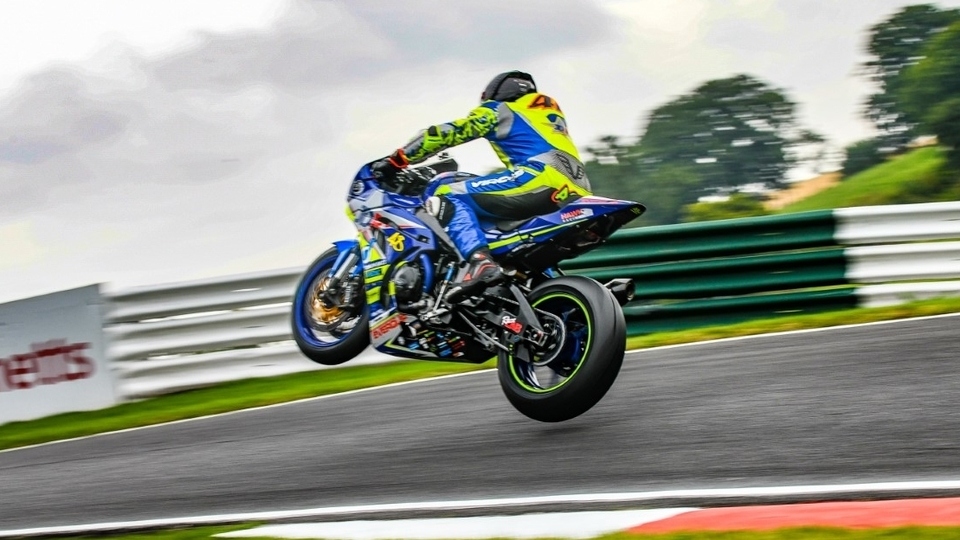 Oldham speedster Ash Beech produced a terrific final ride at Cadwell Park at the Bennetts British Superbikes Round 6 at Cadwell ‘Party in the Park’, as he and the JDR Racing Team made strong moves up into the points standings.

On Superbike Sunday, the line-up for the big race began, the lights went on, but by the third lap the red flag came out due to rain starting to get heavy in places and the riders being on slick tyres.

The restart meant that Beech would start from the new grid position of 15th on row five over a new race distance of 10 laps.

Beech, being laid back as always, just took it all in his stride.

Whereas you could see that other riders were rattled and rhythms had been upset, Beech saw this as an opportunity.

Off they went again, and by the end of the first lap Beech had overtaken two rivals.

He continued to push on to the chequered flag and crossed the line in 13th place behind Jordan Weaving.

Beech said: “The weekend was good, but we were just unlucky with qualifying as the red flag came out on my fastest lap.

"The Sunday race was good and settled into a good pace and was catching the pack for 10th, but it then was red flagged due the inconsistent weather.

"The race rerun was only 10 laps and I got stuck behind a few riders and struggled to find the opportunity to pass them, but once I did I was able to push on but ran out of laps.

"13th is a great achievement and I would like to say a massive thanks to everyone in the team for their help as always and my sponsors, Stotts Coaches, Go Green Recycling, Oldham Motorcycle Spares and Carmel Engineering.

"Let’s see what we can do at Snetterton."

JDR Team Manager Tom Jones added: “We’ve been very impressed with Ash's progress since returning to the team this year.

"And after a few minor issues were ironed out it was great to see it all paying off for him, and to see him moving up the order on track, back to where he belongs.

"It was a strong 13th place at Cadwell, and we're looking forward to seeing him even higher at Snetterton!''

The next time the Ash Beech and the JDR Racing team will be out is on September 3-5 at the flat and fast Snetterton circuit in the heart of Norfolk.