You are Here: Home » News » Local Sport » Oldham boxers are back with a bang!

Oldham boxers are back with a bang! 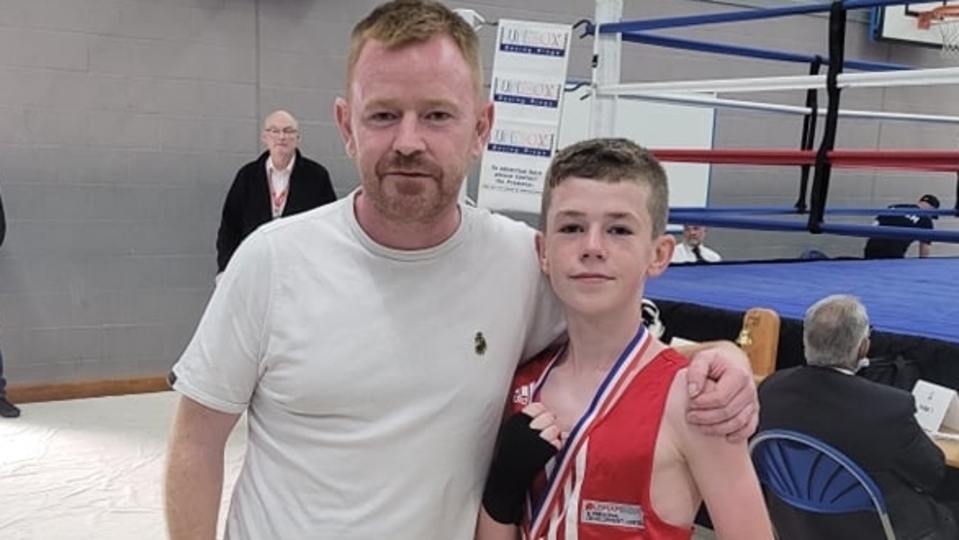 Gerry McBride with his proud Dad Dan after his victory

The Oldham Boxing And Personal Development Centre has enjoyed a triumphant return to the amateur boxing circuit.

Kicking off a memorable collective effort from local club was Gerry McBride, who gave a text book example of counter punching boxing to prevail over a previously unbeaten Muhammad Hussein from the Hall Green Club in Birmingham.

McBride exhibited technique beyond his age and clinically counter-punched his way to a clear - and what should have been unanimous decision - in the 35.5kg class A category at the National SchoolBoy Championships quarter-final stage.

The next stage is being held in Liverpool.

Up next was Patrick Rattighan, who was competing in the 48kg Class A category, who again faced a much more experienced opponent in Jayden Bryce from Worcester.

Rattighan produced a performance which at times resembled a bull fight, with the Oldham lad as Matador and Bryce as the Bull!

The tough undefeated opponent from Worcester set about Rattighan from the first bell, only to find himself punching thin air.

Rattighan's evasive movement at times was sublime, and he followed the time old technique of hitting without being hit.

Again Rattighan fights next week in Liverpool where he faces Kiaran Kavanagh from Widnes.

Head coach Eric Noi said: "The performances of the boxers is a testament to their dedication.

"Due to disruption caused by the pandemic they have not only not been able to compete, but more importantly train and prepare for contests.

"However, the skills instilled in these boxers by our coaches have enabled them to be successful."